"The Belly of an Architect" 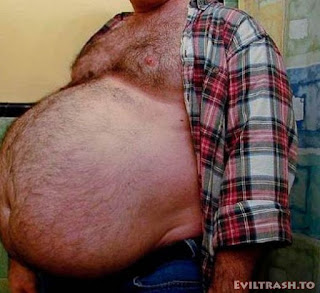 I take it I'm not out of the ordinary in not liking pain. When it comes to pain - I'm a coward. I freely admit it. Not for me walking barefooted over hot coals, or sticking needles through my cheeks. Frankly I go into spasms of agony at the thought of plucking my eye brows.

So when I received the letter from the hospital informing me that they'd kindly laid on an endoscopic procedure appointment I was already imagining the  searing pain as a large tube was thrust into my mouth, down my throat and thence down into my stomach. In my mind's eye I saw an Alien like mouth opening up, slicing into my soft abdominal flesh as the one eyed monster lit up my innards searching for malignant growths and gaping ulcurated sores that littered what remained of my stomach lining.

I got no support whatsoever from 'er indoors.

"Well you didn't have to have it, did you. If it were me I'd have left well alone."
"Your blood test was fine, wasn't it? They found nothing lurking in your stools did they?"
"And those PPIs seemed to do the trick didn't they?"
" So why agree when the doctor, who is young enough to be your grandson, suggested you have a gastroscopy."
" What does he know? I bet you're his first. Stands to reason he's only just qualified."
" He knew you'd agree: you're like that  - soft and easily persuaded."

I wondered what she meant by PPIs. They are not tablets to counteract Payment Protection, I don't have any. "Proton Pump Inhibitors" that's what they are. Sounds scarily sci fi don't you think. Protons, electrons, neutrons, atomic fission, atom bombs. There in my gut micro nuclear explosions were going off - no wonder I was feeling bloated.

Then there was H Pylori or give him his full name Helicobacter pylori a friendly little critter that burrows into the muciod lining of the stomach. It was these 12 months ago that gave me a major bout of belching.

Well this time around they could find no trace of saucy HP in my gut, but nevertheless I still had the belches so it was off to the hospital to see what other nasties might be lurking in my stomach.

I could have been brave and had the tube shoved down my throat au naturelle - without sedation. I am, however, a coward and the offer of being semi conscious during the procedure was something I could not refuse.

We turned up early at the centre, my stomach rumbling not having eaten  for 6 hours. As I was going to be quietened down, I needed someone to take me home - the missus. She was extremely caring.

They give you masses to read about the procedure beforehand. " Having a Gastroscopy - Your questions answered" The picture of a cut in half body with a pipe sticking out of its mouth and a tube with light on it scanning the stomach wasn't that reassuring. They said they aimed to make your visit as comfortable and stress- free as possible and then go on to describe in considerable detail what nasties they'll be looking for and what could possibly go wrong!

I had to fill out four pages of a form, self assessing whether I was alive and what was  my state of health. After being escorted into the ward I was placed on a hospital bed and a delightfully smiley nurse, checked my name, date of birth and whether or not I was of sound mind. She then took my blood pressure and my heart rate - surprisingly both were not off the scale.

At this point I started to wonder how they were to administer the sedation which I so desperately required if I was not to start screaming the ward down. I soon found out as the nurse tricked me into believing she was going to take a blood sample but instead inserted a massive plastic tap into one of my quite ancient veins. She suggested that I stop biting my lip as blood on my shirt would be difficult to wash out.

Then another nurse approached me, asked me my name, rank and number, smiled and left. Then another nurse - this time the head nurse - visited me. She it was who was going to do the procedure. She explained that it might be just the tiniest bit uncomfortable, that I might gag and possibly faint at the thought of a long piece of plastic with a light on the end and fearsome teeth rummaging around my interior.

I was disappointed that I wasn't required to disrobe and climb into one of those back to front gowns - the others in the ward were dressed like that. I then walked from the ward pushing my bed along with me to the "operating room".

It was all extremely hi tech, in a NHS sort of way, and cramped. Me, my bed, head nurse, three lower nurses, two TV screens, heart monitor, a throbbing, flashing piece of Japanese technology, a PC, keyboard and computer screen...and an obscenely long piece of piping which they were to shove down my throat...all in a tiny room.

I smiled weakly as they sprayed bubble gum into my mouth and injected dulling liquid into my vein. I closed my eyes as the pipe went into my mouth, down my gullet, taking a sharp left and scraping the sides and then there it was, so to speak, in my tummy. I felt the super nurse wriggle its head around exposing parts of my anatomy that had remained in darkness for more years than I care to remember. I bet the bugs got the shock of their lives.

Then it was out. It was all fine. I was wheeled out of the room and into the recovery area. I say recovery area; it was a room with a few chairs, a table and a tea urn. I was offered sweet tea and biscuits "The Blood Donor" style. Not having eaten for ages I asked for more tea biscuits - I ate seven!

After a short rest, I was escorted to another room where my wife was waiting. I forgotten I'd phoned her when the procedure was over.

I had a look at the snap shots of my insides as the camera helter skeltered it way into me. I was handed my very own Gastroscopy report. It said that they'd taken a sample of my stomach, I had a mild flat erosive with no bleeding but otherwise I was A OK. No further follow up and my physical status was ASA 1.

I was bemused by that: what did I have to do with head sets? Googling I discovered that ASA  referred to the American Society of Anesthesiologists physical status classification system. It had 6 categories. 1, me, a healthy person to 6, a declared brain-dead person whose organs are being removed for donor purposes. Fascinating.

I went home on the bus with my escort and promptly fell asleep. When I awoke; feeling very chuffed with myself I texted my friend in Cornwall describing my heroism in the face of overwhelming odds. He immediately replied that he'd had been attacked from both ends on the same day without any sedative. Also because of the double entry method he'd not eaten for 18 hours before the procedures. What courage! What fortitude! I felt quite deflated.

I look forward to my next visit to the doctor. I confidently expect a call from the surgery asking me to attend a wrap up session.