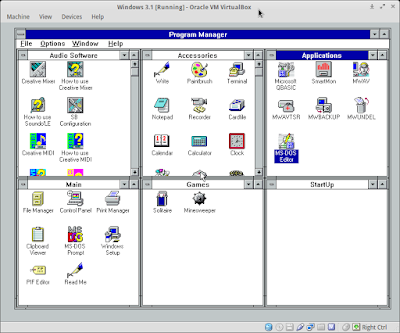 As you all know I'm at the cutting edge of new technology, ahead of the curve when it comes to all things IoT ("Internet of Things"), and will try anything if it's free.

No surprise then that I signed up to a free Windows 10 upgrade.

It's taken old Bill Gates an age to realise that his days of monopolistic grip on the software market are well and truly over. It was he, you will remember, who in the late 90's (so last century) was going to set up a gated rival to the Internet. In the old days when things  moved at a snail's pace; he was able to buy up any upstart that threatened to take business away from him.

In those far off days every Windows upgrade cost. Microsoft lost their touch. XP was a high point: after that "Vista", "Millennium", Windows 7 & 8 really didn't take the Windows story any farther forward. In fact, all these "new" products became an increasing burden.

XP was, and still is, hugely popular both at the home and in business. Only Windows 7 came close. And Microsoft have had to service all these editions with patches etc over the years. Announcing not to service XP caused an outrage and I suspect lost loads of users to Apple.

It's not, however, the main problem for Billy Boy. PCs are no longer dominant, tablets, pads, phones have taken the game away from Microsoft. Windows for phone is not bad; the trouble is it has a minuscule piece of the pie. Microsoft's attempt at aping Apple - owning both the hardware (iPhone) and software (iOS) by buying Nokia is a $6 billion write off.

Windows was clunky, it was slow. Its web browser Explorer - once with 98% of the market - was slow, far too heavily engineered - and dying on its feet. Compared to Google's Chrome it was a dinosaur. It's replacement Edge ( I know) is much better.

The thing is, even giving it away won't necessarily mean people will load it. Battalions of Windows users have upgrade horror stories. So the installation process had to be straight forward and painless.

If my experience is anything to go by: Billy Boy you have cracked it. I pre-ordered my free upgrade. Microsoft alerted me that I was eligible for an upgrade and that my machine was compatible. Yesterday, there on my old Windows 7 task bar was an upgrade icon. I clicked on that and that was that. The process was quick (I loaded Windows 95 from 30 floppy discs onto my old Compaq - it took 12 hours), unobtrusive and very re-assuring. At every stage I knew what was happening. And there it was: surprisingly familiar ; reassuringly so, but different enough to be exciting. The promise of new stuff. All, I mean, all my existing software was carried over. No need to upgrade or ditch non compatible stuff.

There is so much to like: Having all your e-mail accounts in one place. It makes Apple's e-mail client seem so clumsy - Apple will address this with the release of their next upgrade. Getting onto Micosoft's version of the cloud "OneDrive" was a dream. The start button's there but enhanced, with the addition of Window 8's slate design allowing access to your fav programmes.

Well done Microsoft. Now can you, Apple, Google and Facebook sort out the Middle East and fix the World economy. It can't be that hard for geniuses like you. Can it?

Marginalia said…
Dear Mr and Mrs, it people like you that make me feel superior.

Dear JtH, good on ya.