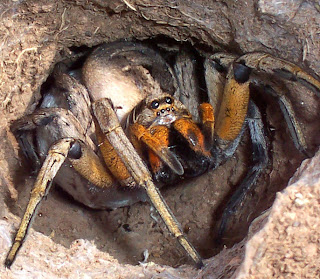 I trembled at the frightening news in this week’s Waltham Forest Guardian that I might be living in a bed bug “corridor”. And the Council isn’t doing enough to stem the growth in the bed bug population.

I’ve always thought of Woodford Green as a rather classy residence, what with the likes of Iain Douglas Smith as its MP and Winston Churchill along with Tony “Baldric” Robinson as one of its residents. Yet between 2003 and 2007 the bed bug population in the area grew by 500%. This must be devastating news for the fine, up standing residents of this delightful enclave. And this information was only made public because of a freedom of information request. (Isn’t it reassuring that we are able to find out material of such vital importance; unless, of course, that information is likely to embarrass our political leaders – but I digress).

No, listen, apparently a resident in Woodford Green who had the misfortune of being infested with bed bugs at an earlier residence, is having these little beasties visited on her again. And she’s not happy, and not happy with the Council who she thinks should be monitoring the situation more closely.

I might have got this wrong but the Council knowing that the population of bed bugs has increased five fold over 4 years does suggest some form of monitoring. It might not have been as scrupulous as our infested resident of Woodford Green would like, but it is monitoring the situation.

Scarily, an expert from Bed Bugs Limited, a company specialising in the treatment of bed bugs has warned that the problem could easily get a bad as in the 1930’s when one in three homes suffered from the little blighters.

The company also helpfully lists buggy” hot spots” on their website. Areas where the infestations are worst. Unhelpfully,E17 is one such “bugs’ paradise”, which is getting me itching all over.

However, no need to worry about the neighbours knowing about your problem. Treatment is very discreet; unmarked vehicles, plain bags in which are concealed the equipment and a cover story should a nosey neighbour ask.

I can’t say I'm too upset at the plight of our Woodford Green neighbours – it’s the price they pay for being able to afford two overseas holidays a year. Hotels are notorious hang outs for bed bugs and they hitch rides on tourist’s clothes and luggage ending up in salubrious parts of the UK.

I had just stopped scratching when another story in the local rag grabbed my attention. “Gran hits out at “trap door” pavements.”

I had this vision of huge spiders lurking under our paving stones ready to pounce on unsuspecting passers by. But it isn’t that. On closer reading I discover that the pavement was wobbly rather than a hiding place for venomous arthropods. The wobbly pavement was so badly laid that a Wanstead resident found herself face down on the pavement, breaking bones and tearing ligaments.

If I lived in Wanstead, I’d be thinking of moving, really I would. Beside “trap door “pavements, residents are at the mercy of (malicious) pot holes in the roads. In the same edition of the local paper we learn that huge crevasses have opened up in the road around Wanstead and swallowed cars whole. (OK, I made that bit up) but one resident does appear to have been targeted by holes in the road as he drove around in his car minding his own business.

And finally, if proof were needed that we live in strange times, how about Epping Forest District Council’s decision to allow advertising hoardings on traffic roundabouts. This raises so, so many questions. Why? It’s not as if it’s going to be a massive revenue earner, and such a decision was bound to attract a lot of criticism from all sorts. The road safety lobby, environmentalists, rural England guardians all have objected.

It’s doubly strange since earlier plans to place hoarding on seven roundabouts in Epping Forest were rejected after the Corporation of London had said that it would be contrary to a £5.5 million project to enhance the forest!
Email Post