The Greeks were pretty nasty too 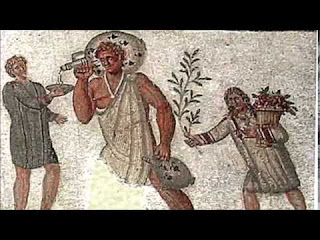 There's a growth industry in removing statues of characters implicated in the slave trade and the "plundering" of Africa. Characters long dead, quietly amassing pigeon poo, not warranting any sort of attention are now singled out for hauling away, throwing in the harbour or written over in large indelible letters.
We have local authorities removing statues of past slave masters, men (it's inevitably them) who made fortunes out of sweated black backs, are being cast down. Our own Mayor of London is setting up a Commission to scrutinise all of London's monuments, plaques, street names  to sniff out any hint of abuse or taint of racialism. To me this smacks of gesture politics. If not that, a serious rush to shut the stable door after the black horse has bolted.
These statues, monuments whatever, have been in place for years The unfair treatment of ethic minorities - especially the black community has gone unchecked long after these merchants had turned to dust - their statues mere onlookers. When we should have known better - and we so often tell ourselves we are so much better than our predecessors - blacks have continued to be at the bottom of the pile. It's not the slave masters of the 16th, 17th or 18th century or the imperialists who carved up Africa who've let the treatment of our minorities fester - it's us who think we're so much more educated, enlightened and understanding than our forefathers.
If I were a psychologist I'd say the tearing down of these statues, is a redirecting of our own sense of guilt. The murder of George Floyd graphically brought to the surface and enacted the brutality our white society inflicts everyday on the black community. Poor jobs, poor opportunities, poor health, poor housing the list goes on and on. And we whites are able to somehow separate out your average black  from those we honour. Black footballers, black actors, black athletes. These are "honorary Whites" - living life like whites. Making money, having success and living in smart white neighbourhoods. These aren't your average low paid, menial job blacks who keep us well off whites clean and tidy.
We're no different from the Romans. They had slaves brought in from across the Empire to keep Rome and its territories spick and span.   The only difference now is that we give our slaves the vote and the illusion that they are free. Tell them how lucky they are to be free to miss out on all that white people see as their right.
I don't want gesture politics. I want honesty.
Email Post