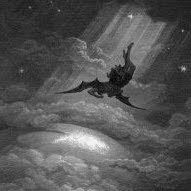 I'm doomed. Early this morning the ship's tannoy announced "Northern Lights dead ahead" or something similar. I was lying in the arms of a couple of beautiful Nordic mermaids so didn't bother to rouse myself from my sleep. I missed this extravagant astronomical cabaret.

I learnt this from a fellow stowaway over breakfast this morning. She's from Australia and can play the piano like an angel; which means she is much in demand. Last evening was a case in point. As I was sitting contemplating life, my beer and everything she was hammering out classics from the 60's accompanied by a mixed chorus of slightly pissed Belgians. "Sweet Caroline", "Hey Jude" and other memorable numbers hit my eardrums with increasing intensity. Luckily my hearing aid had stopped working/frozen so I didn't suffer the full impact of the musical mash up being performed.

My Australian colleague was still hitting the ivories when the "Ahoy shipmates - Northern Lights sighted" echoed out across the nine decks of MS Trollfjord. She swears she saw them but what with a medley of Beatles "oldies but goodies" echoing in her skull and the alcohol streaming through her veins - who knows what was in the skies last night. Anyway, there's a repeat performance tonight - of the singing/playing not necessarily the Northern Lights.

This morning I was decidedly groggy, with aching limbs and no appetite for breakfast, but like the hero I am I forced some sustaining egg and baked beans down my throat. Had I not I wouldn't have heard of last night's sky show! I then decided that I needed to stretch my legs - for too long I'd been motionless relative to the ship that is. Relative to the Norwegian coast I'd been bowling along at a few good knots. A brisk walk round the deck was required and I set off at speed. We'd been told that 4 circuits of the ship equalled a kilometre. Off I went except after a while I'd forgotten how many circuits I had completed. Luckily Mike and Lesley were on deck and kindly counted my circuits. I think Mike said 42. Either he wasn't telling the truth or I'd circuited at supersonic speed. I found it a great way to meet people time and time and time again. Bit like walking the dog around the park - except this time there's no dog or park but who's counting.