Time to look away 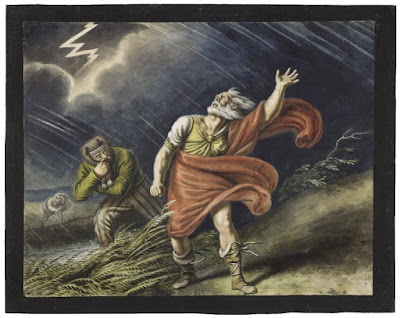 In this mid summer heat, when only madmen and Englishmen (and women) venture into the midday sun,  we can't wait to get away from it all.

The Mediterranean calls, long, sweaty plane journeys, crowded beaches and searing heat. Acres and acres of lobster red British bodies surrendering to dollops of sunburn cream and the numbing thought that this holiday will soon be over and it'll be back to sweltering rides on the Northern Line and the sense that collectively we Brits have lost the plot completely.

While you relax in shady squares in the Massif Central , or cool your heels in some select bijoux pension in the Loire, consider the plight of your home nation across the Channel. The unremitting sense of hopelessness lightened briefly by our brilliant cricket victory over New Zealand, awaits your sun burnt return.

Empty phrases and slogans now clog up what once were wide visas of plain talking and clear thinking. "HS2", "The Northern Powerhouse", "Brexit means Brexit", "31st October will see us out" "Deal or No Deal" "Chlorinated Chickens", "Poverty" "Iran", "War", "Extinction", and once more "Nuclear War". This is what awaits the returning Brit and that leaves out what is beginning to be the near total collapse of social society. For example, decent housing for all is replaced by endless stats and a Nelson's eye turned on the true state of that basic need. Laissez faire has taken on a new dimension under nearly 10 years of floundering.

Let's passed over in silence the last three lamentable years, when a party which boasts its right to govern sought only to save its own skin and to hell with the rest of us. Mind you it's not all bad. King Boris - I'm sure he sees himself as such - divinely anointed - will sweep out some of those very dreary Ministers and we might have a bit of fun watching a new batch of uniquely unqualified bunch of nincompoops try to govern the country.

No we're in for a sorry time. Our political sense has been shot through, our political elite bankrupt and policy has melted away to vacuous name calling and tub thumping.

Enjoy this over heated, sweaty, smelly summer break. When the Autumn's hurricanoes blow and nothing is fixed to the earth you'll fondly remember that glass of chilled Viognier, French baguette and  Terrine de St-Jacques aux Poireaux and wonder did it really happen.
Email Post