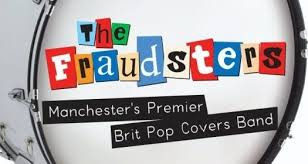 Virgin Mobile's fraud squad haven't been in touch to quiz me about the top of the range iPhone I didn't order or had delivered. I checked my bank account this morning to find two new Virgin Mobile direct debits (DD) set up. They've been reported and deleted.

I then phoned my bank wondering what I could do. I asked if I could put an automatic block on any new DD: I'd authorise them. if they were o.k. I was told that was possible but could only do it at my local branch.

I was seen by a very nice lady with an extremely heavy Irish accent. She was sitting at her business pod, me standing. I explained about the DDs and wanting to have all future ones stopped unless I said o.k. She hadn't heard of that, nor the new voice recognition security my bank had introduced over the phone nor the new facility to temporarily suspend your debit card if you'd misplaced it. And she'd been there for 25 years!.

I said I'd spoken to the bank over the phone who said I could do it etc. etc.This lovely Irish sounding lady was quite concerned since the fraudster(s) had my bank details: the only thing to do was to close my existing bank account and open another. I said that would be a lot of hassle which I'd rather not go through if I could put a block on future DDs. ;

Anyway, after a chat with a colleague on the phone she found out that they could do what I wanted but only for six months. But she said that if she were me she'd change my bank account - "'cause that everything isn't it." I didn't go down her recommended route.

According to her losing you bank details was tantamount to giving away your life history. If she's right we're really in a mess.

I've lost three debit cards at least: conveniently they had my sort code and account number clearly printed on the front as well as my name. If you lose it, you tell the bank, they cancel the lost card and issue you with a new one, which also has all the same details conveniently printed on it.  It's the same if the card's stolen. Also my bank details are spread all over the place when ordering on line, phoning or e-mailing the local shops or telling a friend to pay money over by bank transfer- cheques are so 20th century.  So I would have thought there were other measures in place to ensure that bank card details alone can't be used fraudulently.

My bank teller's advice is, I suppose, the counsel of perfection, but I'm not sure my bank would be too happy to have to go through the trouble of closing one account and opening a new one every time a card is lost or stolen.

Now, however, she has planted that doubt in my mind and I'm imagining hundreds of people out there with my details ready to buy up the whole of John Lewis!