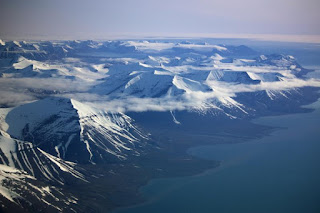 It all started when my friend Peter suggested that I join him on a winter trip to see the Northern Lights. He thought that we two could have a boys' perpetual night out in either Svalbard, Kakslauttanen, Jukkasjärvi or Reykjavik. I said that I thought it was a good idea but I hadn't a passport.

When I mentioned Peter's idea to " 'er in doors" she was strangely enthusiastic since neither of us like spending too long away from the other. Given her encouragement I decided that I could at least get a new passport.

I tracked down my old passport, which had lapsed in August 2009. The front and back covers had the right hand corner cut away. This I thought only happened when the  Passport Office cancelled your old one and returned it to you, after issuing a new one. The accompanying piece of paper marked from the Home Office's Identity & Passport Service stated that "Your passport application is being processed. The documents submitted in support of your application have been noted and are enclosed."

There was no date on the piece of paper and no dated cancellation stamp on my old passport. The two pieces of evidence did, however, strongly suggest that sometime in the last 7 years I'd applied for a new passport, except I have no recollection of having ordered or receiving one. I checked my bank statements right back to August 2009 but no payment to the Passport Office was recorded.

I phoned their Help Line. I thought if I explained the situation they could check to see if a passport had been issued. The first person I spoke to was very sympathetic and suggested I checked with the Passport Office's Validity Team. I dialled the number she'd given but it was a dead line. I phoned the Help Line again. The person I spoke to said she'd never heard of such a team in the Passport Office. After I gave her my full name, date of birth and address she made some enquiries but with no success. She suggested that I log on to their website and report the passport as missing. This I did.

I went out this afternoon leaving my mobile at home. When I got back I found I'd missed a call from the Passport Office. They'll phone me later...

Am I going mad? Did I receive a new passport but have forgotten all about it? Did someone intercept my passport on its way to me? Is there someone out there travelling around the globe as me?