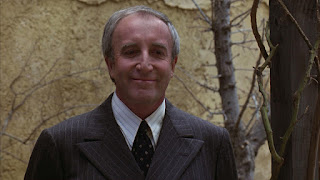 A friend recently asked why there were no posts on my blog about the allotment plot I've been cultivating for the last 7 years. It's quite simple.

What happens on an allotment site is unbelievably boring, except for a few episodes of high drama and theatre which, if recounted in the blog would not be believed.

Life on an allotment isn't all Gardener's World and Bill and Ben the Flowerpot Men: well, except for the new couple on the plot opposite me. They are hugely into Butternut Squashes and Curly Kale.

Usually, it's "Good morning Glad, how are your onions doin?" "White rot." "Oooh I'd get that looked at. Have you spoken to Hugh at Plot 60? He had it a few years back, but he's clear now. Swears by a regular going over with white spirit."

Then there's Mr RHS at Plot 94: in the centre of things, he knows everything about everything horticultural. If you're growing it, he's grown it before. You daren't ask his advice unless you have a whole afternoon to spare.

Allotment Committees are a mystery. Why they exist and why anyone volunteers to sit on them is beyond comprehension. I know at least one person who received his doctorate with a thesis on the structures of allotments and their committees in the West Riding of Yorkshire after the Great Reform Act.

Allotment Committee meetings usually have an agenda, which is meant to provide structure to the meetings. That, however, is a fiction. We may start discussing how the new fence erected by the Council is to prevent vagrants from sleeping in old Mrs Crumpet's shed but we end up worrying about why we think the plotholder on Plot 17 is keeping ferrets. We all agree on something but forget about it until the next Committee meeting when it's back on the agenda once more.

Mr X  accuses Mr Y  of infesting his crop of late early potatoes with athlete's foot. Or vice versa.. Mr Y has moved his lawn a micron onto Mr X's patch of green and pleasant land. Initially Mr Y denies Mr X's claim. Mr X calls Mr Y  low down scum who should never have been given an allotment plot in the first place...And Mr Y spears Mr X  fatally through the heart. The Allotment Committee agrees that that year's annual best plot competition is cancelled

Impugning one's credentials can lead to major ructions. Mr Y, asked to comment on Mr Z apparent failure to propagate his toms, states that in his opinion Mr Z couldn't grow the pox in a tart's crutch. This has a number of outcomes. Mr Z goes home,collects his war time issued Service Pistol and blows off Mr Y's head and buries it in the trench dedicated that year to Mr Y's prize sweet corn. Mr  Z digs up the whole of Mr Y's newly planted potatoes - the ones he'd paid quite a lot for as they were special. Mr Z reports Mr Y to the allotment committee and we spend 4 days discussing why we have blight on our petunias.

Finally there's the perception  that if you want to get away from it all, commune with nature, express your inner you - an allotment is the answer.  A total load of bollocks.

More people die of heart attacks on allotment sites than do in A&E. More marriage break ups are caused by King Edwards than by illicit affairs in the back office. And there is more skull duggary on an allotment site than in any chapter of the Mafia.....