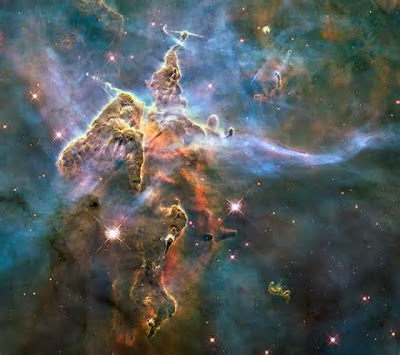 To be honest I left Bowie around 1973. I was mad about Ziggy, in the same way that I was mad about Roxy Music. Aladdin Sane was where Bowie lost me and except for a few later connections in the early 80's: "Ashes to Ashes" and "Let's Dance", in the intervening 40 years I haven't listened to him.

There was, of course, the "Live Aid" concert in 1984, but little else of his interested me musically.

So why the tears today reading the tweets on Twitter? Many of them are extremely touching: this man  had a massive impact on many people. For them he was the soundtrack of their lives. When the music stops the silence is unsettling.

For people of my age his death is another unnerving reminder of our own frailty. He was born the same year as me:1947. Our childhoods took place during the drab 50's and we awoke into those teenage years as England started to swing. For him that awakening was much more profound than it was for me. While I was finishing off a poor Science degree he was calling Major Tom and charting an extra ordinary life. We weren't very alike me and Davy.

Yet for him it's all over now. For me life and its potential continues. All his tomorrows are no more.

I can, however, be thankful for all our yesterdays: those distant days of teenage kicks and juvenile angst. When pop had the power to overwhelm and paint the world in fresh new colours.

Maybe his dying reinvigorates my memories and for a while, at least. I am once again that teenager in love.