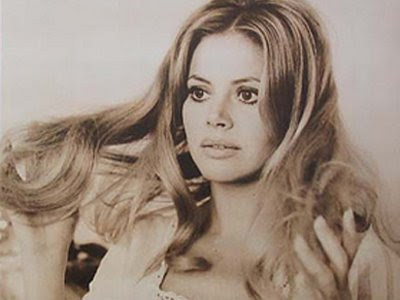 As you all will know I go to the theatre quite a lot. It's therapy...it's certainly cheaper than going to a shrink. Me and me mate Roger usually dash along to the National, The Old and New Vic and the Barbican to see the latest in London theatre's rep.

A couple of weeks ago you'd find us at the Old Vic wondering what all the fuss was about Eugene O"Neill's "Hairy Ape". It may well have been bloody fantastic in the New York of the 1920's but for this Millenium Londoner it was....a great disappointment.

Unlike the RSC's "Henry V" at the Barbican. Last week I was transported to France, I was captured by the man Harry. The comedy was wonderful and the love scenes, so authentic. Tom Stoppard: there's a new kid on the block and that's WS.

Yet all this high culture is a mere distraction. Last week our neighbours and one of our best friends upped roots and moved to Cornwall. They've moved to Poundstone, near Bude. Not to be confused with Poundland, Poundstretcher or the 99p Shop. They have none of those in walking distance: unlike Walthamstow.

To be honest I thought they'd never move. In my waters I felt that they'd realise the folly of their ways and pull out. But no, last Tuesday, a tearful farewell saw them and their lovely dog Lottie head west. Regular updates since then have confirmed in my mind at least that they and the American pioneers have much in common. To be sure there are  no Injuns at the front door but not being able to sleep because it's so dark and quiet sounds like a bit like "The Searchers". We learn, however, that there's miles of beach and acres of grass and a local restaurant with the best fish and chips ever. The hake fly into the fryer: literally.

We will, of course, be visiting them in the Western Isles. Along with Frodo, Bilbo and Gandalf and all that was best in Middle Earth. Except...my adventure on Saturday doesn't bode well.

Saturday morning at 8 am  saw us heading for Kingston Vale, a few miles outside of Kingston upon Thames. The missus and her partner were running a workshop for the Kingston Embroidery Guild in the local church hall: I was the driver. After a faultless journey via the North Circular, that tourniquet around the throat of north London, we arrived half an hour too early and had to hang around until the hall was opened. We set up the room and the ladies arrived, and I had six hours to kill from 10:30 am to 4:30 pm.

I could have got in the car and driven somewhere - there are loads of interesting places - but I decided to go into Kingston and shop. My original plan formulated in Walthamstow was to take the local bus using my Freedom Pass - except I forgot to bring it. Instead I decided on walking into Kingston - it shouldn't be that difficult, I had Google Maps on my phone.

Off I set purposefully. Except Google Maps was telling me to go in another direction. So I ignored it. After half an hour I had completed a near circle, but wound up at a bus stop. The bus journey was eventful. For the first time I used my debit card - frightening not knowing how much the journey would cost. It was a relief to recognise the road where the church hall was since I knew I was heading now in the right direction.

After 20 minutes I  arrived in Kingston...and headed for John Lewis. I took in a deep breath as I entered its portals - home. All the familiar smells, all the Mieles, the Boschs and AEGs, the Tom Fords, Clinques and Samsung and Sony TVs along with the Apple concession. Since it was just like the one in Oxford Street but populated with "river" people I left soon after I arrived and hurried into Bentalls. This was once a majestic department store. No more: what's left is shrunken to a small area of what is now a Mall. Looking like any other Mall across the country. Each level having the same mix of shops as every other level in every other Mall across the Universe.

I went into HMV: which I thought had died and bought two DVDs. "This Island Earth" a super 1955 sci fi and " 2001: A Space Odyssses": the greatest sci fi film of all time. Having been depressed by the consumer experience I decided to walk back to Kingston Vale.

My sat nav pointed me in the direction, but this time I checked the street signs to make sure and I set off confident that I knew where I was heading. I hadn't eaten since 7 am and by 1 pm I was getting peckish so sought out a pub. "Fish and chips". Fond memories of long walks with my neighbour Gregg, now in Cornwall, and a lunch time break at a small pub and fish and chips. Unfortunately this time the fish and chips were out of a freezer pack and ironed in the oven. That and a huge TV screen showing Watford against Man U completed my meal time.

I walked on up and up and up past a hotel I'd stayed at in 1987, planning on a dirty weekend that never happened. Then down, down, down until I happened upon Dorich House. It was the home of sculptor Dora Gordine and her hubby Richard Hare and built in 1936, providing studios, a gallary and study  as well as a home. It was abandoned in the 1970's became a squat and was rescued in the early 1990's by Kingston University. And there it was: in all its restored glory. It is magnificent - a gem. If you're in the neighbourhood do drop in and spend a few pounds to help keep it going.

Anyway, after that detour I arrived back at the church hall as the ladies of Kingston Embroidery Guild were packing up.

On the way home I decided since London was such a big place I didn't need to use my sat nav so we missed the turning which would have taken us onto the North Circular and home. After circumnavigating Clapham Common at least twice (there was a major road closure) we arrived home 2 1/2 hours later.

I'd love to visit our friends in Poundland Poundstock, but I'm fearful that we might find ourselves at the other end of the country sat nav or no.