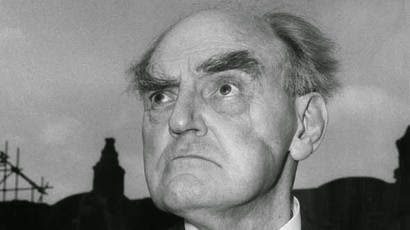 "This programme is also available on the BBC website, on iPlayer and as a podcast. It will be repeated indefinitely on Radio 4 Extra". When I hear the announcer say that my heart dies a little.

It's just not right. Radio 4 should be just that...radio. The stuff old Guglielmo Marconi pumped out in the early 20th Century. Wireless, with an aerial, twiddling dials and crackles, fading in and out and back lit stations. That is radio. That is excitement. That is under the bedsheets with a torch trying to tune into Radio Luxembourg or listening to the pirates as they rocked on the high seas in 1964.

How I wetted myself in late 1963 when I heard that the Beatles had the top five singles in the US charts: it was an under the covers broadcast. "I Get Around" never sounded better than  on Shoreham beach out of a KB valve portable with a battery the size of Mount Kilimanjaro. Every Sunday I would record Alan Freeman's "Hi there Pop Pickers", on a Pye one speed reel to reel tape recorder. No USB, no jack plug: it was recorded live using the mike placed near to the radio. O.K. so Bryan Hyland's "Sealed With A Kiss" wasn't too good: the mike having fallen on the floor half way thro' the song. But I got Johnny Tiverton's "Poetry in Motion" in one take, along with Roy Orbison's "Only the Lonely" - a song that still moves me to tears. Anyway, the charts were so predictable in those days, I could record Bryan the following weekend.

Now it's all too easy. There are so many channels (they should be called "stations"), in any format you want. Click on my phone, computer or iPad and I can bookmark a myriad of stations offering a universe of music styles. Everything comes thro' crystal clear: there's no Hancock "Radio Ham" moment, blaming the loss of signal 'cause the ship in distress is bobbing up and down on the stormy seas.

In my more lachrymose  moments I even get nostalgic for the car radios in "Z Cars", "The Sweeney" and "Juliet Bravo".  And if you were around in the early to mid 70's all that was hot and hip was "CB Radio" and Rubber Duck and Convoy. It's imprinted on my minds eye: Hutch placing the flashing light on the roof of their red Ford Gran Tourino with the white dagger strip, while Starsky shouted into the radio mike.

Now we're spoilt, I'm spoilt. Miss "In Our Time" on a Thursday, no probs, I'll listen to it in bed on the Beeb's radio player. The same with masses of detective serials and sci-fi progs. Catch up with them later. Pause: replay: fast forward. That's not an experience: that's a piece of hi tech electronics. Excitement, pain and drama, diced up into bytes and streamed anonymously thro' the www.

Now I'm completely disconnected from my portable radio and its expensive battery. Now I listen to a year's programmes on the tube where radio waves are not permitted except by wi fi thanks to Virgin Media at a tube station somewhere near you. Now I load my phone with pod casts, plug my headphones in...and take them out again 'cause the tube train is rattling so much that the noise drowns out the Cumbrian lilt of Melvyn Bragg.

Frankly it all started to go wrong when Lord Reith allowed Yogi Bear to transmit moving pictures using his TV thingy. That was the start of the rot, that and that bloody scientist at CERN,  Sir Timothy John "Tim" Berners-Lee, OM, KBE, FRS, FREng, FRSA, DFBCS thinking up the www.  What was he playing at: he was a government employee for Christ's sake!

It's been down hill since then.

As my old mucker Hancock would say "Does Magna Carta mean nothing to you? Did she die in vain? Brave Hungarian peasant girl who forced King John to sign the pledge at Runnymede and close the boozers at half past ten! Is all this to be forgotten?"

I rest my case.

Mr and Mrs said…
We never watch television. Play for Today did it for us with its filth and blasphemy. My husband keeps searching though for BBC Light Radio but can never find it these days.
28 March 2015 at 09:51

Steve said…
Kenny Everett achieve more with basic analogue equipment than anyone these days has ever produced with a PC and digital recording equipment. Enough said.
28 March 2015 at 21:02

Marginalia said…
Can't recommend highly enough the BBC Radio Four play "The Far Side of Moore". Brilliant. Had you heard that you'd have known that the Patrick Moore had a slightly more developed sense of humour than Lord Reith.
2 April 2015 at 19:07