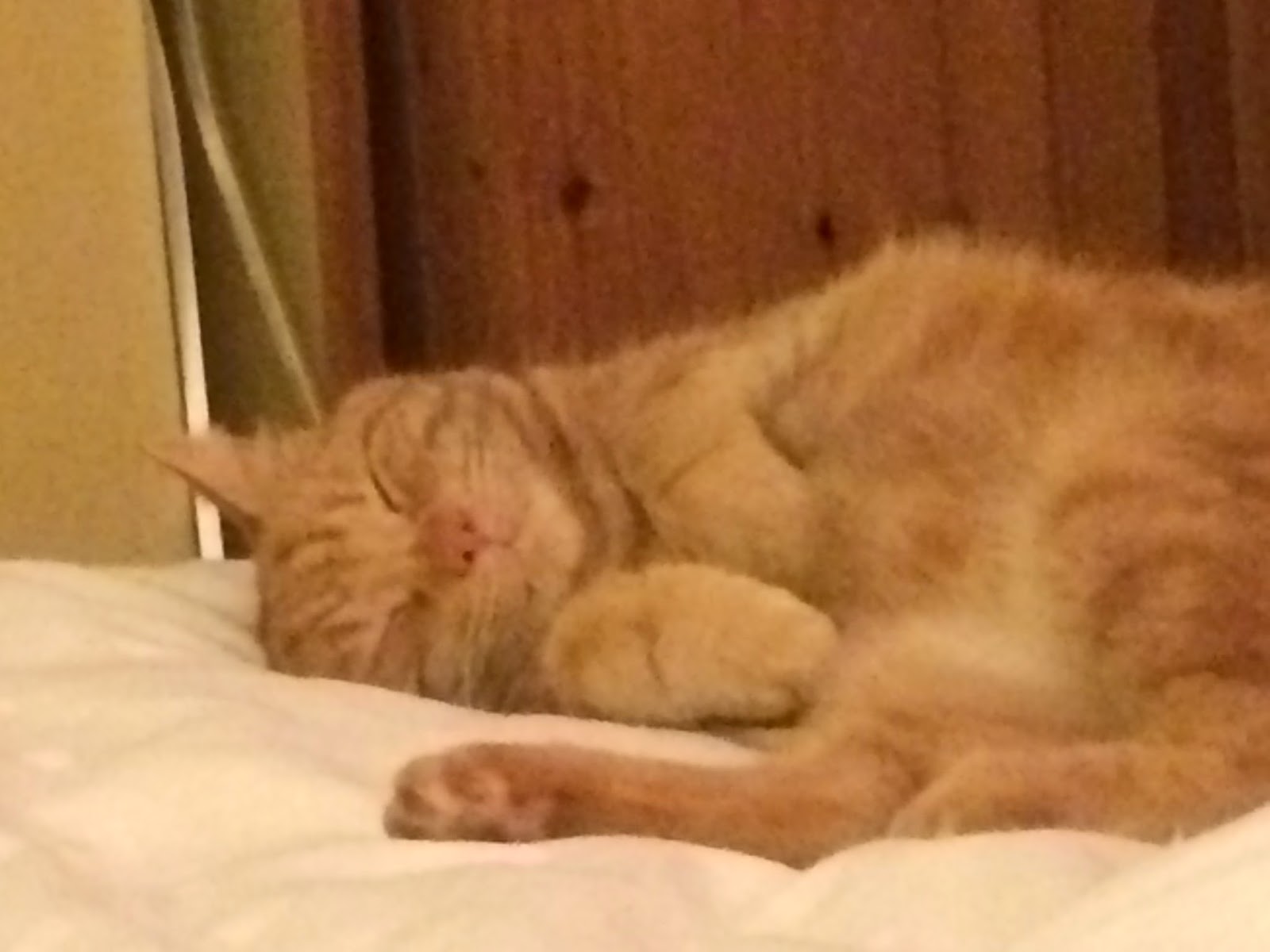 Being an intellectual is not all fun.

Much as you may think it is, having one's head full of fascinating and unique thoughts all the time can be a bit of an arse.

I know because I live with a genius. It's not the missus, although she is, in her own way, unique and quite unrepeatable. It is one of our cats.

The name on his birth certificate is GinjatheNinja. His early escapades - thumping all the local cats, lunging at legs,arms, faces and private parts - justified his anthroponym. However, we soon learnt that this warrior, was in fact a worrier.

As he aged he became less a Bruce Lee and more and more Belinda Lee. The once "High Plains Drifter" of Milton Road had turned into "Winnie the Po and a Blustery Day" - all wind and little substance.

It was then as he lost his Bronco Lane persona, when he stopped trying to live out his fantasy as Die Hard that his true nature emerged. He was a genius. Initially it was rather frightening - he was Blofeld, he was Bond's greatest adversary; using his super feline brain to thwart us in all our endeavours.

We despaired. Except when we were dodging his claws and teeth as he pinioned us against the wall in the kitchen 'cause his food was not at the right temperature.

We persevered. Scratch marks, a deep sense of failure and worthlessness not withstanding, those glimpses of his angelic face and the hint of something magical behind the devilish mask drove us on.

He doesn't answer to either name. He might incline his noble bonce if you address him as " Your All Seeing Feline" or "King Cat of Katmandu". That's when he's not on the computer updating  his Facebook page or tweeting.

The reason why the www is overwhelmed by pussies is because of our cat. He has a network of feline operatives across the globe. From Top Cat in New York to inscrutable Wing Wang Poo in the Forbidden City in China. His network ensures that cats get top billing. Dogs - loveable but brainless mutts - haven't a chance.

He's his own cookie. Wherever we go he follows - his faithful entourage taking notes of all our doing. In the loo he's there, in the kitchen he's comparing my cooking with that of his hero Elizabeth David.  If he gets bored with a repeat of "Morse", he'll switch on  the DVD player  to watch "Prometheus" - he has no taste.

I found out last week that he'd hacked into my bank account. A "CatsOurUs" entry of £300, which I later discovered was for a couple of steaks of wagyu beef, was the final straw.

He's been sent to the Priory and has his Nectar points confiscated.

Steve said…
You think he's in the clink. Really he and a team of kittys are driving 3 red, white and blue minis around Italy.

P.S. Took about 12 attempts to post this comment as the captcha code refused to display a number and kept displaying an advert for some kind of dog product. Kid you not.
9 August 2014 at 07:23

Marginalia said…
That's our Billy Bongo: the dog product ad is his sense of irony - pisses off our neighbour's dog no end.
9 August 2014 at 13:26

Anonymous said…
My husband and I greatly enjoyed the musical "Cats". Based on some poems by DH Lawrence I believe
11 August 2014 at 14:30

Anonymous said…
My husband and I greatly enjoyed the musical "Cats". Based on some poems by DH Lawrence I believe
11 August 2014 at 14:31

Dear JtH, I pity you.