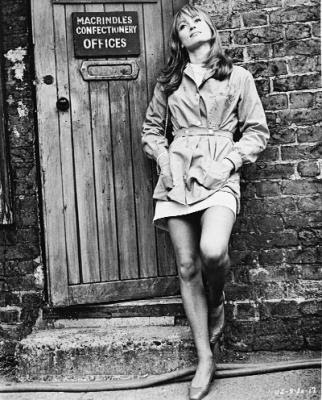 Well, hasn't the weather been glorious. At least for us in the independent territories of London and the Home Counties it has been. Not only are the trees turning green, the blossom blooming and my spuds peeking above the ground: the home hunters have woken up.

London is another country. It is rapidly becoming detached from the rest of England. It's always been cosmopolitan and has profited by the influx of overseas seekers of freedom, wealth and a temperate climate. This creative pressure cooker has on occasion gone critical but generally races from the four corners of the Earth rub together without generating too much heat.

In London there is great wealth and frightening poverty; you can make a mint in an hour or work for a pittance and no one notices or cares. £130 million for a house in Kensington and Chelsea, yet in the North East of England you could buy a street for the price of Victorian terraced house in Brixton. People need to be housed and in London there is huge demand and limited supply.

We live in Walthamstow, North East London. We're north of Hackney, not far from Islington, 20 minutes from Oxford Circus and a 20 minutes drive from Epping Forest. We have a small, pretty village surrounding a 800 year old church, alms houses and masses of Victorian terraced properties.

What was scoffed at - 2 or 3 bed terraced homes with a small back garden - are now flying off the shelves. The reason is extremely simple, yet it took time for that to become apparent. For a young growing family, these homes are ideal and although only a couple of miles further out are £200-£300k cheaper than something similar in Hackney. For the price of a two bedroom flat in Islington you can have a house with 4 bedrooms and a garden. It's a no brainer. Especially when you discover that the schools are not bad, and frankly,if you're not happy with the local state ones the money you save on moving here would allow you to get your kids educated privately.

Westfield, Stratford is a 10 minute train ride away. If you work in the City or Whitehall or the West End you're no more than 30 minutes on the train - albeit an extremely packed one any time of day or night. Also, a borough which at one time didn't appear to think much of itself is now very much taking note. There are more small creative businesses here than in any other part of East London. While pubs used to close, now new ones are opening. Farmers markets, artisan bakers and brewers litter the place.

So now a house will be on the market for a day and you'll have 40 offers. Estate agents have waiting lists of clients who will descend on any home that comes on the market. It's young, growing families, driving Audis, Volvos and Minis moving outwards from Hackney and Islington as well as foreign professionals that are driving the prices to silly heights.

Today, a house in our road, a 2 up 2 down with an extension has an "open day": the asking price is £375 -£400k. A neighbour trying to buy after renting recently went to such a house viewing and mingled with 120 others.

It's great for the area - the middle classes moving in. More money, boutique shops, tidier streets. Except this influx is only happening in a very limited area. Cross the main road and houses on that side are £50k cheaper. Cross another main road and you'll pay £100k less.

London's always had the rich and poor living cheek by jowl. In the centre now, the poor are driven out - they just can't afford to live there. So much of the centre is a millionaire/billionaire's "slum". Walthamstow used to be uniformly poor, now it's becoming like the centre used to be. The well off with jobs, a mortgage and a college education on one side of the tracks the unemployed, poorly paid, poorly educated and in poor rented accommodation on the other.

We can only hope that, against the trend, the new wealth that is coming here, sticks and creates new opportunities for businesses and  employment.

Steve said…
Sad to think that despite eons of human evolution we still haven't got beyond the situation of the rich being too rich and the poor being too poor.
4 May 2013 at 17:29

Anonymous said…
No doubt having a popular soap set in your manor attracts new residents.
4 May 2013 at 22:34

The Sagittarian said…
Sounds similar to what is happening here (altho' I guess Christchurch has an excuse of sorts for now at least....)
6 May 2013 at 22:23

Dear Bojo, yep I'm a privately educated cockney if ever there was one.