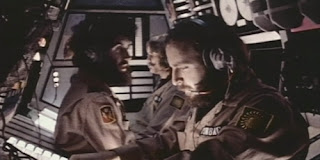 Bloody kill joys! No sense of fun! Just when I thought the Americans would possibly get back into the space race big time. What happens - No Death Star!

How unfair is that. Obama has passed up the chance of going down in history as the man who made the US top nation for ever. With a Death Star as part of its strategic arsenal, along side the few hundred H bombs and other nice stuff that goes bang in a big way, no other nation would mess with Uncle Sam, ever again!

Just think, another Osama Bin Laden comes along, he along with the nation he happened to be in at the time would instantly be vaporised. I suggest that would be a pretty strong disincentive to any wayward state thinking of harbouring a madman or two. Fresh water shortage - zap the Antarctic and there's that problem sorted. That hard to get oil, no problem. One blast from the Death Star's mega neutronic ray gun and there'll be oil bubbling up from every sink plug  hole in the country.

Not only that, think what a boast to the US's economy such an enterprise would be. It's estimated that to build the DS would cost around $850 thousand trillion dollars. That would keep quite a few people in employment and make Goldman Sachs a few bob or two in fees.

Imagine all the new science and technology the building of this awesome death machine would stimulate. I've always hankered after the clobber Luke Skywalker and Han Solo pranced around in - so 70's, so cool. There'd be loads of that and nifty looking ray guns and light sabre by the score. No doubt you'd be able to buy them on line from Comet or Amazon.

I suspect Prof Cox is really disappointed as he was lined up to be the chief scientific advisor for the programme. However, I understand the Beeb's thinking of giving him "The Sky at Night" now that Patrick's moved on. So he shouldn't feel too hard done by.

Stephen Hawkins, it is rumoured, was looking forward to receiving a (Jedi) Knighthood; that's on hold - indefinitely. Patrick Stewart was happy to be the first commander of the DS, but my sources tell me that negotiations broke down when he insisted it should be named the USS Enterprise.

Anyway that's all gone by the board. Can you believe it, Obama turned the idea down because it would cost too much. What poppycock! The American don't know the meaning of cutting back. They can afford it, believe me.

No the real reason why no Death Star is to be built is that Obama confused it with Dark Star; and he didn't think that would project a menacing enough image of the USA. Or it could be the fear that the Chinese would flood the Universe with low cost replicas and buy up LucasFilm.

Dear Anon -you're right. We missed an ideal opportunity under Mrs T and her T party.