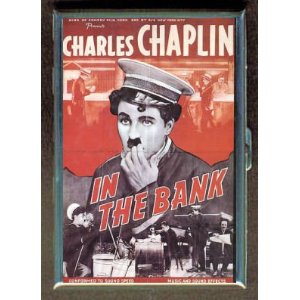 This is the third attempt at writing a posting this week. Hope you appreciate that.

First I thought I'd share with you my musing on Kate's tits and the ensuing up-roar following their unveiling. But I couldn't be bothered. Next I decided that you'd all be agog at my views on Nick Clegg's apology; except I couldn't give a toss. So what have I settled on finally?

Well, now you ask it's my continuing moan about the banks and their woeful efforts to serve their "customers". At this point, in an attempt to increase the limited responses I get to my posts, I would ask you to share your experiences with the High Street robbers (aka Barclays, Lloyds TSB, RBS and Santander). That's all we have to choose from now following the financial and banking implosion a few years back. Competition and the client can go to hell when you need to bail out your rich and influential city chums.

That's old hat now, but not the banks' total naffness. I had some money put aside and I thought quite naturally rather than have it lolling about in some dingy bank vault collecting dust and little much else, I'd invest it. Not an easy thing to do these days.

In simple terms why would a bank pay me a decent rate of interest when the Bank of England is loaning them shed loads of money at knockdown rates. Quite! Investing for a year in a fixed rate account with no access to your money for that term gets you bugger all. Certainly, you can rest assured that your own bank is not interested in offering a reasonable proposition so you have to hawk your pot of gold around from bank to bank to see what on offer. Except of course despite appearances there are only four retail banks. Anyway cutting to the chase, I ended up applying on line for a Tesco Bank product (3.75% fixed for 2 years). Basically after tax I'll be treading water, however, it seemed the best of a bad lot.

So I applied on line. All straight forward and when I'd finished I was told the bank would contact me by phone in the near future to finalise the transaction. A week passed and I'd heard nothing, another week passed and still not a tweet or twitter.So I phoned them up, gave my details and was told that they would require further authentication of who I was etc. They would write to tell me what was required.

A week or so later a letter arrived from Tesco Bank - they wanted a bank statement less than 3 months old which showed my address, name and bank details - to confirm what I'd already provided. Except it couldn't be printed off the Internet. Since I do on line banking and don't receive bank statements through the post I had order a paper statement especially. No problem, I could do that on line.

A week later nothing, two weeks later nothing again, so I phoned up my bank. I explained what had happened, and was told that the printed statement was ordered and should be with me - which it wasn't. But no worries they'd order another one. A further week and still no statement.

By now I'm beginning to wonder whether I'll still be eligible for the interest rate deal I'd signed up to. However, today one of the statements arrived. So I can send off the most recent page to Tesco's.

I wonder if  they'll remember who I am?
Email Post

Steve said…
I for one would have welcomed seeing your musings on Kate's tits. I have yet to see them. Are they worth musing upon?
21 September 2012 at 17:21

Anonymous said…
You overlooked the opportunity to write about the Prince's willy. Republicanism is so boring in comparison. Lacks decadence.
23 September 2012 at 15:07

Marginalia said…
Dear E, I'm surprised you're so concerned about the state of senior politican's undress.
24 September 2012 at 23:22