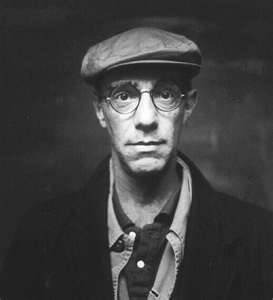 I'm not sure if it's Visa or Barclay Card, but whoever it is they're dead meat!

This provider of unlimited credit (once) is installing cash points (ATMs) in the Olympic Park. Great, you might think, especially as you'll need a barrow load of cash just to buy lunch. The trouble is the cash points will be restricted to holders of the sponsor's card.

This has caused a howl of protest. Many see this as exemplifying this Olympics. It's the Games of the Haves and the Have Nots.

Two thoughts spring immediately to mind. First, how stupid is the company in doing this. O.K. in their eyes they are offering their customers a valuable service - which is what we all long for, n'est pas? In a business sense it is a no brainer. But didn't they appreciate how divisive it may appear - maybe they did and didn't care a toss.

Second,  this  Games of the people is seen by many to be nothing of the sort. You can't get an Olympic ticket for love or money - unless you're into synchronised Mongolian farting. Yet, every bloody sponsor is offering you the chance to win a ticket if you buy their product. I know that the Olympics wouldn't have been viable without sponsorship but the Great British public have coughed up a few billions to fund this bloody shindig - why don't we have first call.

Us plebs will have to suffer weeks of privation, inconvenience, the threat of military occupation and worse, yet if you're some fucking potentate or executive, bureaucrat of some oppressive and/or obscure governmental body or sponsor you get a 50 mph traffic free drive in an electric BMW from your luxury hotel  to the Olympic Park.

I'm not a royalist, but the contrast between the Jubilee celebrations - an up swelling of joyous exuberance which is grounded in affection for and pride of a venerable institution - and an imported foreign, contrived confection could not be greater.

Steve said…
The Olympics is the games of the big people. People like you and me are little people and we don't count. Situation normal.
3 June 2012 at 08:34

Contrast the innocent and amateur Olympics held in 1948 in London when the Queen was young with the corporate high security event which we now face.
3 June 2012 at 10:21

Dear Repub, Macca was never my favourite. I like Ringo - he was cool.

Anonymous said…
Sorry you have been silenced.