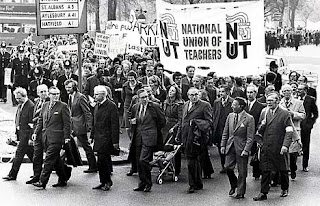 Can we get nothing right in this country?

The minute the water companies threaten us with dry water boarding if we so much as let a hose pipe dip a drop of water, we find ourselves wondering whether we should have built that ark after all.

I don't know about you guys but I'm getting seriously worried about rising damp and trench foot.

Mind you the torrential downpours and battleship grey skies are a fitting backdrop to the current farrago of Governmental mishaps and silliness. Not that finding ourselves stuck at the bottom of a double dip recession is anything to joke about.

You would have thought the Government had had enough to do keeping the show on the road without playing silly buggers.

Take Teresa May, please somebody! Frankly how can you trust a minister supposedly responsible for delivering the reduction in the immigration numbers if she, or her officials, can't figure out how many days there are in a week. And if they didn't know, couldn't they have picked up the phone and asked someone - the European Court of Human Rights possibly?

What was meant to be a display of Ministerial action and assertiveness - old Worzal Gummidge packed off to Jordan (not her!) - ends up as an F grade in arithmetic. I thought lawyers were good at that sort of thing? I mean they don't appear to have much of a problem adding up their fees.

Next we hear that our lovely local authorities are busing their unwanted residents - those who can't afford inflated rentals - to places as far afield as Walsall. My local borough has ex residents in Luton and Margate. I suppose they think that if you're unemployed, with little or no chance of getting any sort of reasonable job it doesn't really matter where you live. And anyway the general public think it's unacceptable that the unemployed, wasters, chavs and other ne'er do wells should remain in suitable, if expensive, housing. So it's OK then.

I'm glad the Murdochs have given up on the UK. As a farewell gift their apparently innocuous evidence at the Leverson Inquiry is a gift that will keep on giving. Its effects are likely to be as corrosive on this Government as Murdoch's past influence has been on our politics and the political classes.

Just answer me this. If you're a special adviser and you spend an inordinate amount of time talking to Murdoch's head of Government relations about the BSkyB take over, what do you talk to your Minister about? The weather? Until now our Culture and Sports Minister, Jeremy Hunt, has been know as that well known mispronunciation on the radio.

I suppose it's classed as good news - Chelsea winning on Tuesday not withstanding  John Terry living down to his reputation.

And so to today's headlines. We're in a recession. And this bunch of toffs have absolutely no idea how to kick start the economy. I'm not going to help them out - they didn't listen to me when I was working in the Treasury, I don't see why I should offer them a helping hand now.

Steve said…
The only thing you can rely on in this country is the rain. Sooner or later it's going to fall on all of us. The rain gets my vote every time.
25 April 2012 at 19:59

Marginalia said…
Dear Steve,
"The quality of mercy is not strain'd,

It droppeth as the gentle rain from heaven
Upon the place beneath: it is twice blest;
It blesseth him that gives and him that takes:"

SamCam said…
Knew you were a red. Not surprising living in Westhamstow. Dave has marked your card.
26 April 2012 at 21:15

The Sagittarian said…
Our Tories are hell bent on selling off the family silver, dunno what we will do once thats all gone! BUt I guess it won't be them in their Bentley's worrying about that will it?!
29 April 2012 at 08:34

Marginalia said…
Dear Sag, good to hear from you.Surely the roads in New Zealand aren't wide enough for a Bentley.
29 April 2012 at 11:06

Marginalia said…
Good to hear from you Mr Murdoch.