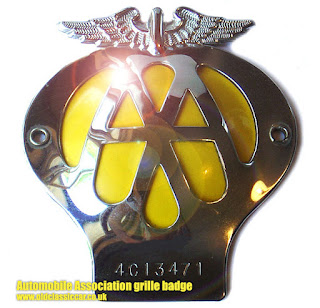 It's been a hectic week phone wise.

First, I discovered we were paying far too much for our package with Virgin Media. Checking  VM's website I discovered that as a new customer our package would be £12 less a month, compared to what we pay. What a cheek, we've been with Virgin and its antecedents for donkey's years - we go back almost as far as Alexander Graham Bell. Shouldn't loyalty/inertia be rewarded?

That is what I asked a very nice young woman, without the slightest hint of a Madras or Delhi accent when I called Virgin Media earlier in the week. Look I said pointing to my computer screen, you say on your website that for so much I can get broadband, TV and phone, yet look at my bill - again pointing to the screen it's costing me an arm and a leg more. For the same package!!! She agreed. You're paying too much Mr Coidan, she said, I'll reduce it straight away by £12.

Next port of call was the AA. By way of a diversion I had my car serviced this month. It has done 2,600 miles in the last 12 months, average journey 5.6 miles, average journey time about 10 minutes. I swear the garage just swiped a greasy hand over the steering wheel, and tapped a few nuts and panels and charged me £300.

Back to the AA. My new AA membership card arrived, along with the gushing letter congratulating me for the 9 years of happy, care free motoring I've enjoyed with the AA. Not only that because I was such a loyal member they're offering me a 25% discount on the fee. So instead of £54.97 I only pay £41.23. No mention that last year I paid only £27!

So I'm on the phone "Press six if you want to leave us." so I did. When the six code is activated, the AA call centre goes onto a war footing. There is no way they're going to lose a member.

I'd explained that it was a bit rich being thanked for being a loyal member for 9 years only to find that they were expecting me to cough up 11 quid more than some  johnny come lately dragged off the streets. After a metaphorical shuffling of papers the nice lady with a hint of the Irish in her voice agreed that I'd been an exceptionally loyal member, hardly ever making use of their services (Driving less than 6 miles a journey might explain that), and therefore she was able to offer me the service at £30 - the same as for a new joiner. I accepted - what a fool - I should have dug my heels in and demanded another £10 or so off. But I didn't.

Don't get me on cold callers offering Solar Panels, PPI and accident compensation. Or insurance companies who charge you £800 to give you your money that they've had for years and regularly charging you an obscene management fee for doing Sweet FA!

Talking about Sweet FA don't get me on Rangers Football Club and their bunch of felons mascarading as Directors.
Email Post

Evil Twin's Wife said…
I routinely scour our bills for anything "odd". There is nothing I love more than calling a company on the carpet for their price discrepancies. Bastids.
10 March 2012 at 13:25

Marginalia said…
The Sagittarian said: "You know, way down here (close to IT hell I assure you, just ask Steven Fry) since we have moved our connection to our rented house for some reason we have been going over-cap at a great rate of knots. (OK, so I often get mixed up with nautical terms and Geek Speak, spank me!) So, after paying through the snotty nose far too much each month our IT people came up with a great idea. For a mere $20 extra per month we can get all the extra gig our teens can poke a modem at. Why then, let us keep paying an extra $100 each month for the past few months then eh? Eh? I agree. They are b@@@ds."

More power to your elbow ETW!

Dear Sag,there are all these great deals out there, but you have to find them; the company won't tell you and they make it pretty obscure anyway. I wonder why?
11 March 2012 at 13:07