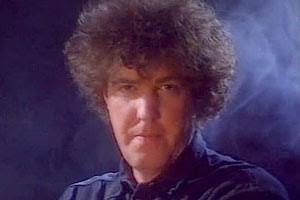 You'd think that at the present time, what with the state of the UK's finances and economy, people would be pretty much fed up with life.

If you take any notice of what Mervyn King the Govenor of the Bank of England says (and I do) your next action would be to sign up to "Exit".

Banks should brace themselves to withstand the "extraordinarily serious and threatening" economic situation, that's what he's just said today. Just in case you didn't quite catch the Chancellor up beat assessment of the economy on Tuesday. We're in a hole and it looks like it's going to get a darn sight worse before it gets any better.

So everyone should be gloomy, right? Well, apparently not. According to a survey carried out the Office of National Statistics "Measuring Subjective Wellbeing in the UK", most of us, some 70%, are pretty happy with our lives. Mind you this was in the summer - the response might be different now.

Some people have suggested that this shows that's there more to life than material things and money. That's OK if you're not scraping around every day to find the wherewithal to keep yourself fed, warm and housed.

It's meant to be gloomy on the High Street - worries about shops closing down wholesale, if Christmas is a flop, continuing squeeze on incomes, low or no pay rises, continuing higher bills. And the bloody public workers go on strike to protect their over generous pensions!

This morning the airways were full of Christmas cheer...from the retailers. Apparently the millions who went on strike, instead went shopping as did all those others who couldn't work because of the strike. The shopping malls were inundated with feet: the unit of measure is footfalls not bodies. According to Mall managers across the country yesterday was a bonanza. Interestingly, the further north you went the greater the effect. Could that be because a larger proportion of the North's economy is public sector based so proportionately more people struck and shopped.

Instead of being bad for the economy, instead of the  £500 million cost of the strike according to our Prime Minister and his friends, the tills have been ringing out "Good Cheer". We've been worried about a lack of demand in the High Street and falling sales and job losses.

The answer is clear. A programme of rolling strikes. Keep that up for 6 months and we'll be right as rain.

Is or is he not a national treasure? I submit that, love him or loath him, Jeremy Clarkson deserves that honour.

Very few could, in the space of  one short interview, upset so many. But Jeremy did by suggesting that yesterday's striking public workers should be taken out and shot in front of their families. And God has that upset the unions and all right thinking people.

Dave Prentis, general secretary of Unison, said: "Clarkson's comments on The One Show were totally outrageous, and they cannot be tolerated. An apology is not enough - we are calling on the BBC to sack Jeremy Clarkson immediately."

He went onto say; " Whilst he is driving round in fast cars for a living, public sector workers are busy holding our society together - they save others' lives on a daily basis, they care for the sick, the vulnerable, the elderly."

Sanctimonious claptrap. Clarkson tends to say outrageous things, that's what people like to hear. Frankly no one should have been surprised or outraged by his comments. And most certainly the BBC won't sack him. If anything he's more valuable now.

Keep on scandalising, Jeremy. I think you're a bit of a tosser but on this occasion I thought you brought some much needed levity to what was becoming an extremely tedious subject.
Email Post

Scarlett said…
If you change pounds to dollars I would have sworn you were talking about the US - I have a friend who can't even afford to eat. I found myself very lucky finding new employment during this recession, I'll be ok, but I feel for those who won't be this holiday season. Let's all chip in, buy an island, and say F it to our governments and their bail outs and taxes
1 December 2011 at 17:28

Steve said…
To take Jeremy Clarkson's opinion seriously on anything other than motor vehicles is to where a dunce's cap and ask to be offended. And to be honest I wouldn't take his opinion very seriously about motor vehicles.
1 December 2011 at 18:09

Georgey said…
Very magnaminous of you given your self description as the lucky recipient of an inlation proofed pension! Well earned I am sure through long service in the Ministry of Silly Walks.
1 December 2011 at 21:06

Marginalia said…
No one commented on Clarkson's amazing hair.

Dear Scarlett, well we are cousins.

The Sagittarian said…
Maybe you can buy our Island...we can almost guarantee a shake up of any system at the moment!(And I'm sure that the newly elected Govt here would give you a knock down price on the place...)
5 December 2011 at 00:05

Marginalia said…
Dear Sag, I've enough problems of my own at the moment. but thanks for the offer.

Mind you the wife is prepared to give you a reasonable price for the beefcake displayed on your post. She's looking for a new hobby.
5 December 2011 at 09:06

Anonymous said…
Why are we waiting? Some of us sad gits out here need our daily dose of blog updates!
5 December 2011 at 16:44