When you are old and grey 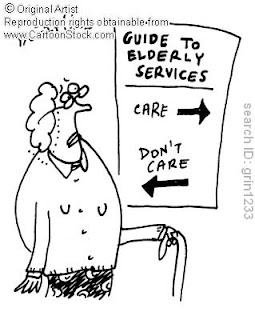 So the recent announcement that tickets are now available for the Osmonds "Up Close and Personal - Final Tour" is somewhat problematic. I am really looking foward to not going to it; that makes me really happy. Many grandmas, no doubt, will be gagging to get hold of tickets. I'm happy for them.

The missus is happy in the knowledge that tonight she'll see her pin up idol of the early '70's, David "Rock On" Essex now that he's joined the cast of "EastEnders". When I pointed out, as I did last night, that whilst he was stunning in his 20/30/40 and 50's, age has finally caught up with him and he looks a bit like the Laughing Gnome, I was well and truly shouted down. And not just by the wife, but our neighbour too, with whom we were sharing a delightful bottle of Australian Shiraz.

The thing is as you get older it becomes more and more difficult keeping things in place. Bits of you start to sag or balloon outwards unexpectedly. Skin in particular has the nasty habit of spontaneously migrating. Eye lids which, when one was young,  flickered with such poise and freshness, now hang heavily, defeated by gravity and the onset of old age.

Alarmingly, it appears that the sticky on bits of the face and head are subject to inflation. Ears suddenly grow larger and hang down worryingly, if unsupported. Noses react differently to the passage of time. Some noses become increasingly pimply, others take on the appearance of the canali of Mars, while in very severe and advanced cases the nose will expand like a red giant and pulsate like a pulsar (see previous post for a startling, if premature and hopefully temporary, example).

It is because of the creator's warped sense of  fun that at a time when hair is remorselessly  retreating from the high ground, it is more than making up for that loss by multiplying, up the nose and in the ears.

This displacement of hair is not restricted to the face. Hair seems to move from under one's arms to encamp in the middle of one's back. For 50 years I was blessed with a hair free chest - now clumps of half formed follicles have encamped around the nipples of my less than Steve Reeves like chest.

As one progresses down the body, the ravages of the battle against time and gravitational tidal forces are piteously displayed. Taut tums and bums, give way to saggy, hangy bits and bobs. Once springy, finely turned heels now look down on dropped arches, corns and bunions.

This remorseless drift southwards can be retarded, at great expense and/or pain. The surgeon's knife, membership of that expensive gym and a personal trainer to keep one on the straight and narrow can hold back the tide. But only for a time. One morning one awakes to find that all the supports, sutchering and stitching  have collapsed and fat and flab hang around your ankles like a pair of dropped trousers. It is not a pleasant sight.

Surely such a prospect must presage  a mean and miserable future. Gloom must be the aged's watch word. Not a bit of it. The outlook may be flabby, the future crumbly, but I am not down heartened. Never.

I awake each morn to a bright new day. I leap out of bed knowing that unlike The Osmonds or David Essex  I won't have to slip on my body sock or  girdle, to keep all the bits under control before I face my public.

Lynne with an e said…
It's okay to hang loose, man, but just be careful not to let it all hang out.

Marginalia said…
Dear L, you're a true child of the Age of Aquarius.