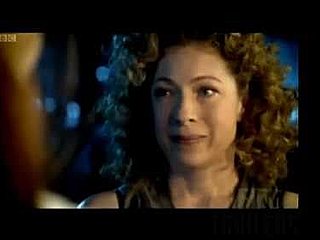 Looking at it in the round, taking it all together, the rough and the smooth, the little ups and downs, the triumphs and the tragedies: life stinks.

I don't say that lightly; you know me - if there's a down side to any situation I'll flip it over - never has my toast not landed the butter side up.

Attentive readers will recall my manifesto for the pissed over 65's - many thanks for the 100% support incidentally. It honestly brought a tear to my eye, a lump to my throat and a large glass of Pinot Noir to my lips. Yet no sooner had victory been achieved then it has been cruelly ripped from my grasp. By none other than my under remunerated consultant.

Yesterday was the follow up to the horse doping incident when my arse received 3 large steroid injections. Was it really only six weeks ago that my consultant and I danced cheek to cheek as we discussed the whys and wherefores of pet insurance?

The injections worked wonders, I lost all stiffness - no sniggering in the Lower Fourth. I could spring out of bed, only to spring right back again having yet again got confused in setting the alarm. My days were pain free; I walked straight walked tall  and looked  the world right in the eye. That's what my daddy told me...... Yesterday, I fully expected to receive another series of 303's in the posterior and a programme of long term treatment.

Having slightly buggered up my calf on the Tuesday playing squash my gait was a bit unstable as I approached the hospital, making my way gingerly to the Rheumatology clinic, which was more empty than usual. Instead my consultant's surgery was being held in the meat market, just down the corridor. It was like Bedlam there. Besides his clinic , another four or five  were hiccuping their way to a standstill as the corridors filled up with the sick and dying - and that was only the queue for the blood tests.

I waited patiently as the queue shortened, and the bodies were whisked away, until a beaming consultant called my name and waved at me through the melee. His smile turned to terror as I limped tragically towards him. " It's not me arthritis that's caused this." I shouted reassuringly, "I was pulled up at the last fence from home."

He was delighted at the report of my looseness following the jabs 6 weeks ago. It proved that I had an inflammatory complaint - Jones Minor report to the headmaster's study. Another jab was called for - although he was rather concerned by my comment that I could understand how one could get hooked on prescriptions drugs - as I lowered my pants and pointed my posterior in his direction.

But not today, he was going to put me on a course of METHOTREXATE; a disease - modifying anti- rheumatic drug which, I subsequently learnt, was initially prescribed  in severe cancer cases. He wouldn't be giving me the drugs now - I had to make an appointment to see a specialist nurse (worrying) who would administer the "death drops." Saying that he handed me a fact sheet and said "See you in four months".

I have to await an appointment, they couldn't make one there and then - system failure or a burst appendix had wrapped itself around the booking clerk's hard drive.

After such traumatic events I like to treat myself. So it was off to Costco to buy dog and bird food - yes you've guessed it we have a bird dog. I then drove onto Sainsbury's where I purchased two bottles of Australian Pinot Noir and a bottle of single malt whiskey.

The rest of the day was spent at the allotment and cooking the evening meal. After a couple of glasses of wine and a shot of single malt, I made my way to bed  there to read the helpful Drug Information leaflet my consultant had kindly handed me.

I didn't sleep much last night. Not because of the thought of the possible side effects of the drug, from bouts of nausea, diarrhoea, mouth ulcers, hair loss and skin rashes to lung damage, liver damage, bleeding, bruising and jaundice. None of these were of any concern to me.

However in answer to the question "Can I drink alcohol while on methotrexate?" it was a pretty final no - unless you want to risk liver damage. I do that already don't I?

So for all my defiance in yesterday's post - age will out. Either I don't take the medicine and I increasingly creak as I raise another glass of tasty red to my lips or else I loosen up and abstain for the period of the treatment.

Should I take the money or open the box?
Email Post
Labels: sex and drugs and rock and roll

The Sagittarian said…
oooh, you know what. I reckon I would give it a go, albeit maybe not as much as I would usually consume in any one sitting but a little nonetheless. But thats just me. I'm evil that way.
24 June 2011 at 02:08

RubberCrutch said…
No alcohol? Brutal. I don't think I've ever followed that particular advice, medwise. My cynical view is that Big Pharma tries to inoculate itself from lawsuits by including highly conservative warnings with everything.

I need to read your older posts to understand what you're talking about. Are you taking chemo for rheumatoid arthritis? If so, I have a relative in the same boat I can ask about this for you. I know for a fact that she (Mrs. Big Otis, to whom you may have seen references elsewhere) lets little stand between her and a bottle of wine.

Very sorry to hear about your suffering. These things are not supposed to happen to us beautiful people.
25 June 2011 at 04:57

Marginalia said…
Dear all, thanks for your sympathy. The missus and I both agree that enforced abstinence for a few months will be a good thing.

1) We'll both lose weight
2) Our wallets will gain some
3) The anticipation of the return to the land of Vine will be worth it (God, the delights of delayed gratification - how middle class is that).

We've done this before when I caught jaundice in Spain - dodgy shell fish, and gave it to my wife (the jaundice not the shell fish). 6 months of Kalibar no alcohol lager, it was hell.
25 June 2011 at 10:09

gregg smith said…
So you won't be wanting any of this wine we're bringing back from Italy and France. That's OK we'll manage to drink it ourselves...
27 June 2011 at 16:14

Marginalia said…
Dear Chris and Gregg, that's all right I'm planning a last day of booze party, so the Italian wine will come in handy.
27 June 2011 at 18:20