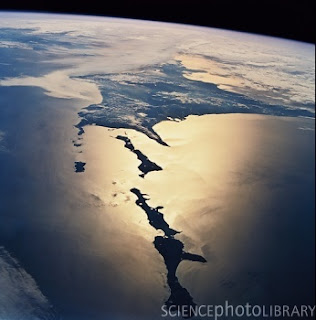 NASA's getting all hep'd up about Mercury and how it looks so cool in the evening sky; that's because  their space vehicle this week will start orbiting the innermost planet of our Solar System.

What, might you say, has this got to do with me, my life, problems and dreams?

However, I  think that, especially at this time, it's hugely important.

At a time when it would appear that, against the immeasurable forces of nature, we are helpless; this feat of engineering and science shows that a small insignificant, rather weak mammal with a grotesquely enlarged head  is able to comprehend the world and direct its place in it.

Digest this: Mercury is not that far away from us - but it is travelling at 60,000 mph faster than we are. That's a hell of a lot of catching up to do. We can't just aim and fire a rocket directly at it - it would have to be extremely large and powerful and way beyond our current capabilities. Instead "Messenger" - the Americans are so literal - has to call on the gravitational fields of the Earth, Mars and Mercury itself to repeatedly slingshot the space vehicle to greater and greater speeds.

In a straight line Mercury's 60 million miles from us yet to get there "Messenger" has travelled 5 billion miles and taken 6 years. Having caught up with Mercury  it'll slow down slightly so it can go into orbit around this rocky, blistering hot, freezing cold, moon sized planet.

Whilst the forces of  nature here on Mother Earth are determined to ensure we don't get above ourselves, a "routine" space mission is reminding us what we can achieve and what we can overcome.