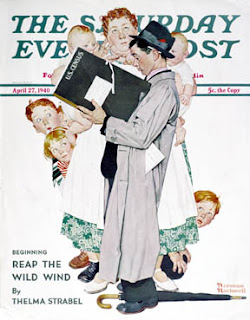 I was saying to Joseph as we struggled along the dusty road that I thought his wife was near to giving birth. "Your missus's well in the family way,mate. Can't be much fun with her on the donkey."

"Don't I know it", he muttered. "What with visitations of bloody angels, Mary with the idea that somehow she'll be delivered of the chosen one, whatever that means, and this bloody census life's a bit of a nightmare at the moment."

I knew what he meant. "That bloody Caesar Augustus; it might be fine and dandy for him in his palatial home on the Isle of Capri to think up lovely new ways to figure out how many people he's subjugated but I've  business to run".

That was the last I saw of them as we went our separate ways at the cross roads just outside Bethlehem. I hear the kid did quite well.

"Those bloody Saxons, can't trust them as far as you can throw them." my companion didn't have much time for the poor sods. "The thing is very few of them are literate and those that are have no knowledge of Norman French - the clerics natter on in Latin but what's the use of that."

Which is why we're traipsing round the country doing this bloody census. We don't call it that, of course, we know it as the Doomsday Book. And a right messy job it is.  Mind you I got a really dirty look from that serf when I asked whether he was in a same sex marriage.

My mother forgot to include me in an earlier census - she blamed the Gov't's austerity campaign - she ran out of ink - it was rationed until 1953.

Not much has changed since. We have a census and we have austerity: unless you happened to be one of the blessed few who can threaten to take their businesses overseas.

On the radio this morning LBC's phone in was on the census. Not the most popular subject. Not surprising when its costs, at nearly half a billion pounds, has been widely publicised. But there are 20 million odd households in the UK ( sorry that should read 20 odd million) which works out at £25 a household or £2.50 a year.

I'm not sure I heard correctly but I think a caller to the LBC programme said they'd already filled theirs in - on line.Surely not.

But of course PM Dave is thinking about it. There must be a better way of finding out about the population, what with the Internet and Facebook. I suspect not.

This government is becoming dangerously slap dash about whole range of issues. If they can't charter a few planes to get a few people out of Libya, what hope have we in having anything left of a health service after their reforms.

We're discovering we've a clone of Blair as PM, great on presentation but absolutely no idea about policy and its implementation.

I feel like Joseph in the inn in Bethlehem, confused and uncertain about the future. When the census asks" How many visitors were staying overnight on 25th December". What does he put down. A few shepherds, three kings from the Orient and a choir of angels?
Email Post
Labels: census God

The Sagittarian said…
Our census was cancelled this year owing to the earthquake. See, there is a silver lining...
10 March 2011 at 09:43

Marginalia said…
Surprised you need one. There are not too many of you - unless you count all your backpackers overseas.

Now if it were to count the sheep, I could understand that; but it would be difficult to do without falling asleep.
10 March 2011 at 09:50