Hit Me With Your Rhythm Stick 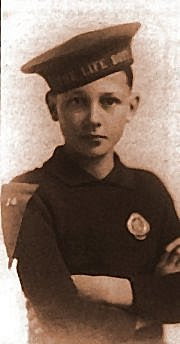 I'm reading another Inspector Morse. It's the second one in which the poor victim unfortunately had a thin skull, resulting in an untimely death either as a direct consequence of a violent attack or following on from such an attack. And it started me thinking....

Had I had a thin skull I suspect I would not be here today to contemplate the impact (so to speak) of biffs on my bonce.

It all started, my head's acquaintance with hard, heavy, flat or sharp surfaces, when I was 4 years old.

As I recall my mother telling me I was accidently hit by a child's cricket bat which knocked me off the path and down the rather steep garden steps. That gave me concussion and a serious attack of meningitis.

Recovering from that I then managed to hit my head at the side of the boating pool and was "rushed", head bleeding, wrapped in a tea towel on the bus to hospital.

Quite soon after, I was sent groggily to Sunday School by my mother. She didn't believe that my attempt to parachute out of the large apple tree in the garden had been less than successful I having landed head first on the path. My mother knowing my antipathy to Sunday School thought I was swinging the lead and would have none of it. Only after I'd vomited quite spectacularly and slept the clock around did she think there might have been something in my story.

I recall a rather messy incident in my grandma's garden. My cousin and I, having been offered two shilling and six pence to trim her lawn, were beavering away. My cousin who was using the edging tool figured that it would be more effective in slicing through the compacted grass and soil if it were to be employed rather like an axe.

To get sufficient leverage he'd swing it back over his head and then bring it down with some force to cut up the soil. At the same time I was trimming the lawn's edge with a pair of clippers. I was leaning forward, my cousin was swinging the "axe"  and the blade made contact with my head. I was rushed to hospital again, this time in an ambulance, with a pair of shorts staunching the flow of blood.

After that head and objects ceased to impact for quite some years; until while umpiring a cricket match, and not concentrating, I stopped a certain four with my head.

The following 30 odd years were barren headsmackingwise, unless you include the time when I had a rather too vivid a nightmare in which to escape some unspeakable evil I had to bash my head against a door.

I had managed to get out of bed, go over to the french windows in my bedroom and repeatedly bash my head against them. In the morning my mother discovered me in a blood soaked bed, my eye brow having been split open as I'd repeatedly bashed against the key in the door's lock.

It was well into my 50's that the last major head incident took place. I was coming out of the shower after a game of squash, slipped and fell straight back on to the tiled corner of the shower.

Since then the only head butts have been my head against the squash court's walls as I failed to reach the ball and then failed to stop running into the wall.

My mother often said that I was a natural swimmer, mainly because my head was so empty it buoyed me up in the water. I have been dragged out of the sea, out of the swimming pool, out of the boating pond; even out of the bath! Every time my mum would be watching me splashing away, she'd turn away and then turn back and I'd be nowhere to be seen. My mother's screams would attract the attention of other bathers and I'd be dragged onto dry ground, full of water and rather shame faced.

When I was a kid we lived in Hove not far from Shoreham harbour. I used to spend many a happy hour there. Boats arriving with strange sounding names from strange sounding places. Sailors and merchant seamen speaking broken English and lots and lots of empty buildings left after the war.

I had joined the Life Boys, the junior arm of the Boys Brigade, and the uniform consisted of navy blue woollen jumper, short trousers, and woollen socks. It was topped off with a navy blue sailor's cap.  I was so proud of my uniform that I wore it everywhere. I suppose at the time it seemed appropriate to me to wear this "Navy" uniform down the harbour. Scampering over ship bollards, walking the plank, climbing down ladders to dip my toes in the water: except I fell in.

By the time I managed to get home, my brand new uniform had begun to shrink. God knows what I looked like when I opened the back door. Bedraggled in by now smelly, oily, shrinking navy blue, I attempted to explain away my sorrowful state.

Worse was to come. My mother couldn't afford a new kit, I'm doubt she would have bought it if she could. So I had to turn up at the next meeting in my very tight and ill fitting uniform.

However, my greatest water exploit occurred in my 40's. I was sailing with some friends off the Essex coast and we berthed for the night at Bradwell on Sea. It was fairly late in the year so dusk then darkness came on quite quickly. We were to eat at the sailing club's clubhouse and after a long day at sea we needed a wash and brush up and a change of clothes. This meant that by the time I was ready to make my way to the clubhouse it was pitch black.

The small "harbour" consisted of a  long pontoon attached to the shore. A series of spurs ran at right angles to the pontoon and the boat was tied to one of these spurs. At night the lights running along the spurs and the main  pontoon to the shore were switched on. This, in theory, enabled you to walk safely from the boat along the spur onto the pontoon and then onto the path on the shore leading to the clubhouse.

Except where the spur joined the pontoon there was a gap in the row of lights.

It was quite cold by the time I was ready so I put on my waterproofs and climbed out of the boat and walked along the spur. I could see where the lights ended on the spur and where they continued on the pontoon. I turned right, except I'd misjudged the turn and the next thing I knew I'd "fallen in the water" and for I don't know how long bobbed up and down, my waterproofs trapping enough air to buoy me up. I scrambled out without much difficulty, went back to the boat and changed and tried once more - and this time I took a torch.

I was safely ensconced in the clubhouse, recounting my adventure as people stared in disbelief, but we were missing two of the crew . An hour later  they turned up...having both been unceremoniously dunked into harbour.

They'd done the exact same thing as I had. And one was the navigator!!!!
Email Post
Labels: head Hove water