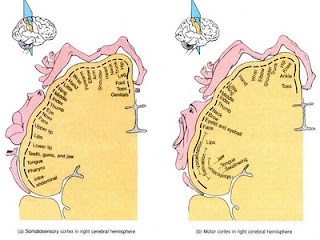 I give up. No, I totally do. If you can't trust the gutter press who can you trust.

It's been a while since I looked at the Daily Mail, one can stomach only so much dross. Today I plunged in. My attention was immediately grabbed by the headline: " Four couples took over Welsh cul-de-sac to set up sick child sex cult ". Well wouldn't you be?

I'm afraid I lost the plot here and what with waxing salons in Mayfair and "The Last Tango in Paris" - with the immortal line "I can't believe it's not butter" - I moved on...

To a fascinating, eye catching story and headline. "World of two halves! Map shows most of Northern Hemisphere is covered in snow and ice."


Below this headline is a dramatic picture showing  the top half of the world covered in snow. Except it doesn't. What it shows is an equirectangular projection of the world. How do we know that? Look at Antarctica - it stretches all along the bottom of the map. That's what happens when you use this projection. The farther away from the equator the greater the longitudinal distortion. Greenland for example is one fourteenth the area of Africa but it looks nearly as big on this map. So the snow cover is similarly distorted (stretched).

But it makes a dramatic picture and story and why let an inaccuracy get in the way. The thing is it's not the paper's fault. This sort of projection is regularly used by scientists, as in this snow map, even though it can give an erroneous impression of size and distribution.

Until I hit upon this article I wasn't aware of the excitement and controversy generated over the use of this or that map projection for this or that purpose. Mercator gets it in the neck, where the massive distortions generated by this map projection are either ignored or used to enhance a sense of undeserved scale. (Geocurrent is a fascinating blog - well worth a visit).

And even the experts can get it wrong. On the blog Climate Audit the author blithely rabbits on about the inappropriate use by scientists of the Mercator projection and by implication America's National Oceanic and Atmospheric Administration (NOAA), the people who produced the snow map. Except it isn't that projection. Oh no, says Jeff Krob of NOAA  and he should know. It's a..."Lat/Lon equidistant cylindrical projection." In other words an equirectangular projection. Which is, I think you'll agree pretty straight forward.

So it seems I been rather unfair to Mail and other red tops; It's not just their fault, it's down to the scientists, who use this map for one purpose which is then picked by the press who have a different story to tell.

In the meantime I think I might look up that Welsh cul de sac...using a Winkel tripel map projection naturally.
Email Post
Labels: maps snow The Daily Mail