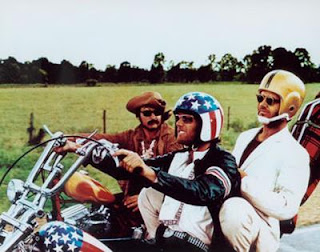 Continuing my single minded attempt to get on "Master Chef", I offer you, dear gourmands, my latest triumph.

Not for me a trip to Waitrose to reinforce my fantasy that I'm married to Mrs Brad Pitty. Instead it's a thorough excavation of our ice free fridge/freezer to see what remains from the Great Melt.

I am surprised by two alien inhabitants of the upper reaches of the fridge. They're between the wreckage that is my experiment with loofers and courgettes and an unopened tin of fermented Whale Shark - guaranteed to melt taste buds at 3 nautical miles. Except I remember they are the fag ends of a Butternut Squash and a Sweet Potato wrapped in tin foil.

I have also been to the allotment today; in the hope that my field of white sprouting broccoli, which has remained dormant for 11 months, is starting to "sprout". I can't deny things are on the move. Little sprouts of white stuff are gingerly peeking out and by the weekend (I said that last week) we should be feasting on these little starlets of the brassica family. But not today. However I was able to retrieve a few of the red onions, so optimistically planted a year ago, that haven't been eaten by the rats, mice, foxes, pigeons or the tramp that has taken up residence in my shed.

Therefore my ingredients for tonight's extravaganza are nob ends of squash and sweet potato, and red onions. A quick Escoffier on Google unearths billions of red onion recipes, usually with goat's cheese, but nothing which takes full account of my limited ingredients.

This called for creativity of the highest order.

I cut up the squash and sweet potato, put them in an oven proof dish adding plenty of olive oil, fresh pepper and sea salt and  roasting them in a moderate 190C oven so they felt the heat. I then thinly sliced three large red onions and sweat them in olive oil and Costco's best Balsamic vinegar 'til Hell freezes over.

Meanwhile I made a simple pastry, with 125 g of plain flour, a pinch of salt and 55 g of unsalted butter which I introduced to a sadistic food processor to mix to a crumbly mixture. The addition of 30 ml of cold water, a further beating and wrapped in cling film gave the short pastry dough a " Blue Velvet" moment it would never forget. It spent 15 mins in the fridge to cool off.

I lightly buttered an 9 inch pastry dish and  rolling out the pastry lined the dish, which I filled with the  mashed  roasted butternut squash and sweet potato mixture. On top I placed the sweated, and by now unctuous, red onion. Rounding off the pie with finely crushed dry red chillies and fresh rosemary.

The pie went into the oven at about 200C for as long as it took to crust up the pastry, and get a confession. It was served with fresh coriander.

I was pleasantly surprised by how yummy it was. As was the missus, who had read the previous post and wasn't too happy about my references to her handbag. So as we say in the East End  -"a result".
Email Post
Labels: allotment cooking onions (know your)

The Sagittarian said…
Very clever use of left overs and coriander! I hope the wine you served it with was red and at room temp!
21 February 2011 at 22:11

Marginalia said…
It was a 12 year single malt.