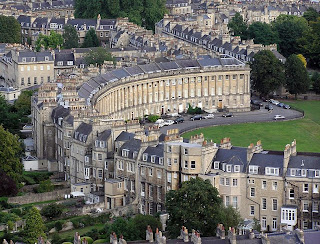 The missus had gone out a couple of hours before to part with a rest of our savings to get in a limited supply of "Frontline" for our furry feline family of four.  Don't get the wrong idea, you couldn't imagine a cleaner, sweeter smelling collection of moggies - but they do get fleas and  booster jabs every six months at the vet's are not enough to keep the flea fest at bay.

My wife has a front door key but she likes to check my hearing from time to time and banging on the front door does that.

As I was skipping down the stairs, I had this vision of my wife on the other side of the door grumbling to herself  "Why doesn't he switch on his hearing aid?" as she hunted for her keys in her handbag.

That's a misnomer if ever there was one - it's more like the Saturn V rocket assembly hanger at Cape Canaveral. I refuse to go into her handbag. I did once, when she asked me to find her mobile. I had to dial the number to locate it and then only after numerous attempts was it retrieved as the echo was misleading.

I opened the front door with a huge smile on my face, having shouted one last greeting before pulling the door open wide. "I'm here.........!"

I don't know how I looked, but the large man in blue overalls standing at the gate was smiling broadly as he said, "Bath?"

"No, this is 6 Milton Road", I repeated, possibly redundantly as I pointed precisely to the number 6 screwed into the middle of the door.

"Ah, no you want either 6 Milton Court or 6 Milton House. It happens all the time" To emphasise that I knew what I was talking about I first pointed down and then up the road, indicating the locations of the aforementioned properties. Finally I again pointed at the number 6 on our door.

"No, 6 Milton Road" he insisted

He was holding a clip board and pen poised to tick a successful delivery. But I saw no bath.

"Bath, did you say?" I enquired in a less certain voice.

"Bath, 6 Milton Road"; quite taciturn was this blue delivery man. I was certain that no one in this household had ordered a bath, bird or otherwise.

"Do you have a telephone number?" I helpfully suggested.

I was on surer ground here. Our house was owner occupied. Which was something I pointed out to him. More importantly we already had an unbroken bath and only one bathroom. That must have convinced him because he gave me a nice smile and  wave before trundling off to who knows where.

RubberCrutch said…
I'd guessed this story was going in a Monty Python direction. For example, when you turned your hearing aid up you discovered that the gentleman was really saying "Larch."
22 February 2011 at 04:16