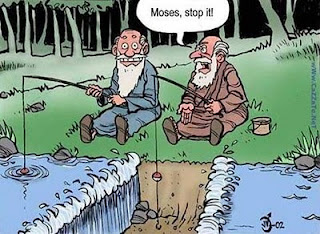 (Legal disclaimer:there is no commercial, financial or sexual relationship between me, the blogger, and the BBC, the subject of this post).

At this point I appreciate that some smart aleck will point to The Voice of North Korea as coming a close second; and that good old Voice of Russia has 24/7 coverage of Russia's pin up Putin. It's amazing what a near monopoly can do!

Not that the Beeb is a monopoly. It may be the major player in the UK's broadcasting ( and increasingly important narrowcasting) landscape; but it does have many commercial competitors. Except most are forced to offer non stop pop,soul, urban, rock music or incessant phone ins.

But onto content. This evening I decided that I'd start reading the Bible - not because of a Pauline conversion on the way from the lounge to the kitchen but because I listened to readings from Deuteronomy and the New Testament.

They were stunning. OK the voice in my head might not have the grandeur of  a Samuel West or the lyricism of a Bill Paterson but the language! How is it that regular Church going, bible study and Sunday school left me completely unmoved by the language of the St James's Bible? I am a barbarian.

The three programmes with Jim Naughtie, earlier in the week,exploring and discussing the origins of the work were so fascinating. And wasn't King James such a darling. You could hear our Jim's chest expand with pride talking about this Scottish royal. A man of learning, wit and a zest for life.

A great falling off there has been in royal circles since those far off halcyon days. Take note Charlie boy.

Now I'm not a regular Radio Three listener  although a little Puccini here or Beethoven there doesn't go amiss, but I have to applaud the Beeb in its attempt to rise the nation's consciousness above the incessant rhythm of  drum and bass. And no one does it better than Wolfgang Amadeus. In a youth music scene drenched in misogynistic  inarticulation masquerading as the voice of the streets, the youthful, rational exuberance of Mozart is like a summer shower.

None of this in anyway excuses the BBC for  its gross manhandling of a much loved and revered radio soap. The shocking and needless death of Nigel Pargetter in the Archers - as a way of celebrating it's 60th birthday! is beyond redemption. Helen Archer was expendable for goodness sake - a spoilt brat up the duff with the  father no where in sight.

Gregg said…
The King James Bible is wonderful – and that is praise indeed coming from your local neighbourhood atheist.
Here are few bits of information about it:
The translation is 400 years old this year;
King James was probably the only British king to be openly gay - he was affectionately called "Queen James" by his friends;
The King James Bible occupies nearly 42 pages of the Oxford Dictionary of Quotations, only narrowly beaten by Shakespeare, with 45.

It is not just literature in the high sense but everyday speech is laced, suffused - riddled, even - with biblical phrases the status of which ranges from telling quotation ("They have sown the wind and they shall reap the whirlwind") to cliché ("No peace for the wicked") and all points between. A word in season and perhaps we can see eye to eye. Although I wouldn't call the Bible my ewe lamb, and I would have to go the extra mile before I killed the fatted calf for it, you don't need the wisdom of Solomon to see how biblical imagery dominates our English. If my words fall on stony ground - if you pass me by as a voice crying in the wilderness - be sure your sin will find you out. Between us there is a great gulf fixed and you are a thorn in my flesh. We have come to the parting of the ways. I fear it is a sign of the times. So, Cast thy bread upon the waters: for thou shalt find it after many days. Pure poetry!
11 January 2011 at 11:16

Marginalia said…
Gregg, a marvellously erudite piece. But I'm afraid you're casting pearls before swine with this lot!
11 January 2011 at 14:10