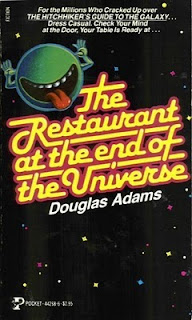 Oh me of little faith! This morning the Bulgarian Chanel arrived - and it looks kosher! Why did I take any notice of the ne'er sayers. Why did I panic every time the postman called with nothing but cards. Why didn't I hold on for one more day!!!

I'm sure you all realise  what happened.

Yesterday evening, on my way out to an extremely expensive meal with my mate Peter  in uber smart Islington at the Ottolenghi restaurant in Upper Street, I popped into a local perfumery Perfume Mania. I thought it had been hit by a flash mob it was so busy, people queuing outside to get to the smellies.

I'm sure that we're now so indoctrinated that for many of us Christmas isn't Christmas if it doesn't include lengthy queues and serious inconvenience.

Anyway, I waited in the queue, looking at my watch - not wanting to be late for my dinner date - and the rapidly emptying shelves and wondering why people are so stupid at Christmas time, buying masses of expensive perfumes. At last I caught the eye of a harressed sales assistant. "Chanel No 5 eau de toilet : 100 mls. Please". I barked out my request as I elbowed a large black woman in the stomach as she tried to muscle in on my transaction. For all I knew there might be just one Chanel left; and I had to have it.

I left the shop contented,with my gift for my wife secured. It was only a tenner more expensive - why, oh why, didn't I go there in the first place and save myself all that intense internet angst!And so off to Islington and the extremely smart restuarant with the silly name.

We had booked a six o'clock sitting and when we arrived the place was nearly empty. There were masses of spaces but we had to queue for ten minutes in front of sign which said " Please wait here to be seated" - a nonsense if ever there was one.

Finally we were shown to our bench by a young woman dressed all in black and with , I could have sworn, a Bulgarian accent. I was tempted to ask if she came from Sofia.

Water, the restaurateur's goldmine. We'd hardly got our bums on the seats before we were asked if we wanted some mineral water - I suspected at a price per 100 mls that made Chanel No 5 seem cheap. I explained that I was hydrophobic having only recently been bitten by a wolf and could we have the wine list.

The wine list: another Eldorado for the restaurant trade. It covered two pages of closely typed script but contained only 6 whites and 6 red. Most of the space was taken up with proposterous flurries of prose supposedly describing the delights of the wines on offer. The prices went from "What!" to "You Must Think We're Made of Money". We went for a cheeky Alsace Pinot Gris: "Cheeky" in the sense that they had the bare faced cheek to charge that much.

The courses were small; a bit like mesa or tapas, exquisitely presented and, with the help of the Hubble telescope, observable. Six were sufficient to empty our wallets but not fill our stomachs. What with a sweet, a digestif, and coffee we were looking at a month's pension each.

I explored the loos - which I find gives an accurate indication not only of the restaurant but its clientèle. This one was single sex. Men and women shared the same loos! It might be OK for the French and other Latin types but not for this up tight anally retentive Brit. I put it down to my experience at a Summer Camp where we sat over latrine trenches and upwards of a hundred of us dumped collectively.  I can just about cope with the man in the bog next door letting rip; but a woman!

I came out of that loo a shaking wreck. The piece de resistance was the full length frosted loo doors - I just couldn't accept that no one could see my most private functions. But this was Islington; what did I expect.

We did meet an extremely attractive and talkative young woman. My mate appeared to have decided that with a little charm he would win her over so spent much time advising her on the merits of the menu and his theories on growing basil and chillies hydroponically. She was most impressed. To ensure no misunderstanding the first phrase I used when talking to her was "My wife is..."

And so to welcoming Walthamstow, where a slap up meal costs no more than a tenner and the loo paper is yesterday's Sun.

And on Christmas morning my wife will receive two bottles of Chanel no 5.

The Sagittarian said…
Dunno why people waste time asking if you want water before you've even got your bum on a seat....
26 December 2010 at 21:09