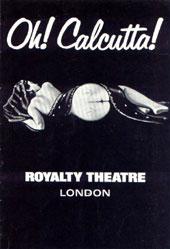 The BBC....we now know what the C stands for. Oh, what a joy, Jim Naughtie has, with a slip of the tongue, joined the pantheon that includes Kenneth Tynan and the Sex Pistols.

At one minute to eight this morning, previewing an interview with the Culture Secretary, Jeremy Hunt on the "Today" programme, Jim got his "C" and "H" tangled up. He spent at least 30 seconds trying not to laugh. It was a moment of pure joy.

Auntie Beeb had inadvertently raised her starched dress and flashed her fanny. Such exuberant and aberrant behaviour had to be explained so the Beeb called in a psychologist who blamed David Cameron for appointing a Culture Minister with the name Hunt - it was only a matter of time!

The media cannot believe their luck. Especially when Andrew Marr repeated the error on his morning programme which immediately followed the "Today" programme. I understand the BBC studios at Bush House were quarantined, the Corporation fearing an virulent outbreak of the Fword. Apparently Russell Brand was locked up in a secure cell until the emergency was over.

It was ironic that the interview Jim tried to trail was about increased broadband width. Given the e-mail, blogging, Facebook and twittering traffic our Jim stirred up it's amazing our antiquated and narrow band "broadband" didn't seize up.

This evening by chance BBC Radio 7 repeated a "Steptoe and Son" classic - where Albert devised a pornographic crossword puzzle. Nothing changes does it.

The Sagittarian said…
What luck to be listening!! I look forward to hearing what punishment will be metered out...
6 December 2010 at 22:57