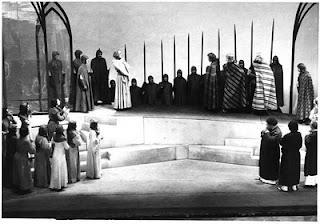 Isn't there far too much to get excited/bothered/joyous/frustrated about in this infinitely connected world of ours. Aren't you concerned that by reading this blog you will have missed the opportunity to witness the seminal event of the millennium. No? Gee thanks.

My thoughts find themselves meandering gently down this avenue after watching a lovely programme on the Beeb last night. "The Joy of Stats" introduced us not only to the fun of statistics but also to Professor Hans Rosling from Sweden.

He was gorgeous and an expert at Powerpoint: taking it to a completely new level. ( A slight diversion here: how is it the Beeb is discovering all these wonderful scientific and arty types who can bring the most obtuse and esoteric subjects to life. In my day it was Fred Hoyle, Mortimer Wheeler and a Grecian Urn.). Our Hans (it's a play on words), was rightly proud of Sweden's early lead in the field of numerating everything.

When the Swedes got into stats, in the mid 1700's, their country was a major player on the world stage. Such a powerful nation must have a lot of people behind it: so reasoned the Swedes. They reckoned about 20 million, and they decided to find out by having a census. The result 2 million - which was a bit of a shock. Not to mention a worryingly small tax base; the Russsians in St Peterburg could over-run them.

Just that was a huge demonstration of the power of data collection. Hans by now is getting into his stride.

Do your eyes glaze over when Patrick Moore mentions how many stars there are in our galaxy? Does the figure 200,000,000,000 make  you go weak at the knees? That's a mere speck when Prof Hans starts on the internet and the amount of information it generates.

The amount of information generated on the WorldWideWeb  each year amounts to 1,000,000,000,000,000,000,000 bytes of data. Translated into pages of paper it amounts to 90 stacks of A4 stretching from here to the Sun! OK most of that can be discounted as mobile phone conversations and texts but even so it's pretty mind blowing.

So don't beat yourself up if you've missed the dawning of a new age because you were texting your mate about your shitty journey home on the bus.

But we have to process masses of data every day. Driving a car, working in an office, kissing our partner requires processing power that dwarfs Google. What we lack in size we make up in programming and architecture. Computing's been going for 100 years. Our brain's have been an Open Source program running for hundreds of millions of years. Any bugs in the system we've either killed off or co opted.

We are fantastic at processing and, more importantly, organising data. Disregarding the irrelevant, homing in on the one piece that opens up the whole problem.

Which helpfully brings me round to my jury service and the process that takes place in the courts. It's nothing to do with truth or justice. It's a forensic analysis of the evidence; usually only statements by the antagonists.  First, the police have to decide whether a crime's been committed, then the Criminal Prosecution Service has to decide whether the evidence is sufficient to lead to a conviction.Only then is that evidence exposed to the probing of the lawyer's mind.

But not only that. Not only does he have to make the most of the evidence he has or rubbish the others as best he can; he has to create believeable alternative possiblities. So our lawyer is at the same time a surgeon, assassin and novelist.

It's a joy to watch it being done well; an absolute agony when it falls short.

In the minds of the defendant, witnesses, experts, lawyers, judge and jury masses of information is being taken in, analysed, sorted, rejected and confirmed. This focus of activity is something many of us don't experience very often. It's tiring, challenging and something we should wonder at.

Trial by jury  not perfect but is something we've carried on from Henry the Second. A king whose huge achievements were dwarfed by the murder of Thomas a Beckett his beloved Arch Bishop.
Email Post

ChickPea said…
I must download Flashplayer and catch up on this programme - I'd like to see the benchmark he sets re PowerPoint presentaions.
It's good to find you again. Season's Greetings . x
9 December 2010 at 23:46