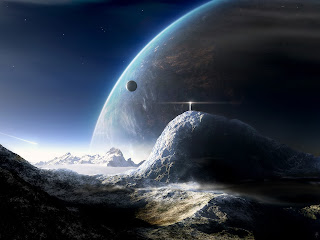 Look it's the Jet Stream, it's shifted. That's why everything that claimed would be open, had contingency plans to cope with the weather, is closed, suffering unusual levels of disruption in service and why it's not the Government's responsibility.

I listened to a representative of the train companies talking yesterday about the preparedness of the rail networks ahead of the next snow dump. Nope, not a problem, they'd learnt their lesson...and today major disruption on the rail network. I am just waiting to hear the explanations.

Why should anyone be surprised when we just don't cope. We just don't care. I'm not knocking this attitude. I think it great that somewhere in this over organised world we at are the vanguard of  the "Fuck It" faction. Why should we spend any effort worrying about what happens if the Arctic snows encamp on Parliament Fields. Why should our  military be mobilised should the Thames freeze over and birds drop out of the sky frozen in song.

It ain't the men of Kent that complain or the stevedores of Burmondsey . It's the soft Russians, Latvians and perfidious French who expect things to carry on in spite of  weather conditions unseen since the Ice Age.

We are the true romantics. Snow fall of 4 to 6 inches brings out the poet in us all. It is not just an inconvenience, a mechanical effect to be got over. For us Brits it is an existential experience, a validation of our edge of the world existence. It confirms our feeling that we are on the edge of disaster and we embrace it. With closed airports, motorways strewn with hapless containers and out of town malls stranded in a white out of Biblical proportions we know that we're alive and can moan about it all the way to Santa's grotto.

Me, I haven't been out for two, or is it three, days. We have enough coal and logs to last 'til the middle of January and enough food to see us through to mid March. I've lost sight of the car. It was parked opposite but from the bed room window all I can see is snow. I might try the remote to check it's still there.

The down side, there is one, is we won't get our recycling collected. It's difficult enough for our Council's contractors to manage a collection when it's mid summer. Now there's not a snow ball's chance in hell. It took them two weeks to collect the last lot after the minor inconvenience of the earlier snow. I've already drafted the e-mail of complaint. They, no doubt, have likewise drafted their excuses.

The non delivery of my wife's Christmas present from Bulgaria I can put down not to my on line stupidity (thanks Anonymous for your wise comments - much appreciated), but to the postman's inability to see our house from the road; assuming he is able to find the road. We also have a legitimate excuse for not sending Christmas cards to our friends and relatives and instead can explain the delivery of an electronic round robin as a response to adverse weather conditions.

It must be pretty upsetting if you're stranded at the airport unable to jet off to the sunshine and warmth; or if you were one of the thousands kicked out of the Brent Cross shopping centre yesterday, but look at all this as nature's way of reminding us how bloody insignificant and vulnerable we are.

We don't want to get too big for our boots do we?
Email Post