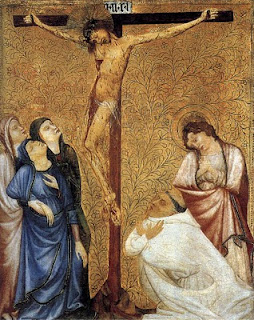 It's only when you die that people like me wake up to the fact that you were once alive.
I was aware that someone with a Polish sounding name had died and that he'd written one of the surprise classical hits of the 1990's .Henryk Mikołaj Górecki died earlier this month and because of that the BBC Channel Four showed a Tony Palmer film of this man and his third symphony.
The film's background was the third symphony, inter cut with interviews with the composer, his visit to the Nazi extermination camps in Poland and archive film of the slaughter of the Jews and the famine in Ethiopia. For me the most captivating image was that of the soloist, soprano Dawn Upshaw. I was enthralled by her voice and the doleful melodies - it was a pretty moving experience for me.
It's easy to get carried away by music: by music and images: by music, images and death. The three sorrowful songs which spanned 500 years were not about mass murder or horror but the private loss of a mother's son and the courage of a young woman in one of the  Nazi camps,and a son. Mass murder is just that, private loss on a monstrous scale. How many courageous lives were snuffed out in Silesia and the Horn of Africa?
But it's easy to see the inhumanity of others; to feel outrage and indignation at their treatment of others - and forget, excuse, overlook the many small hurts I am guilty of. It is a fortunate man who can say that in similar circumstances they would not have acted likewise and thrown the dying Jew in the pit; ignored the fly infested infant and called for Barabbas's release.
I'm just thankful I haven't been tested. So far.
Email Post

The Sagittarian said…
Some days I have trouble figuring out if I'm being tested or whether it's just another day above ground...
29 November 2010 at 23:28