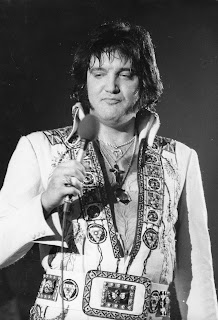 "Ex-hot dog eating champion arrested." What a great headline. It certainly caught my eye, although the accompanying story was rather a let down. I had visions of a ravenous hot dog eater ram raiding a hot dog stand at a football match, or something similar. However, it turns out the guy, the disconcertingly thin Japanese Takeru Kobayashi, had tried to gain entry to the venue where the world championships were being held. He having previously refused to sign a deal with the championship's sponsor.

But don't you want to know more? Why speed hot dog eating? How do you become a champion? Why? What's in a hot dog? OK, a bit too much information.

Regular readers will know that I am second to none in my admiration for the British Broadcasting Corporation (Beeb). It's a bit like British Petroleum except we Brits own all of it. And I mean all of us. I pay an annual tax to have a TV receiver in my home. That tax pays for all the services the Beeb provide including the BBC news website which is carrying this story.

Aren't links great? Next to this story is a link to The International Federation of Competitive Eating (IFOCE). I frankly wasn't prepared for what I discovered there: Major League Eating (MLE).

Did you know that Dominic Cardo ate 3 pound 3 ounces of pickled beef tongue in 12 minutes; or that Charles Hardy wolfed down 6 pounds 9 ounces of  giant cabbage in 9 minutes. My admiration knows no bounds for Sonya Thomas who ingested 8 lbs, 2 oz  of Wienerschnitzel Chili Cheese Fries in a matter of minutes. I have no idea what they are but they sound seriously life threatening. The list of record eaters goes on and on, like the small intestine, but I had to stop. I couldn't stomach any more after reading about the redoubtable Takeru who managed 57 cow brains, that's nearly 18lbs, in 15 minutes. Had he not heard of mad cow's disease?

These guys must have stomachs made of cast iron. Their pants must surely be reinforced and their loos strengthened  with depleted uranium.

It's good to know that IFOCE care about safety standards. As they point out "Safety is the first consideration in any sport, and MLE insists that all sanctioned competitive eating matches take place in a controlled environment with proper safety measures in place...and the league believes that speed eating is only suitable for those 18 years of age or older." How right they are!

Not only that, the MLE are nothing if not responsible, strongly opposing and discouraging home training of any kind. MLE also strongly discourages younger individuals from eating for speed or quantity under any circumstances. Not sure message has got through to some of the humongous sized kiddywinks in Waltham Forest. But you can't fault the professionals for trying.

OK, you've become a fan of the fastest expanding waist line  sport in America. Other than attending one of 80 events held every year how can you support your heroes? Go to the Official Store of the IFOCE and purchase your "Stay Hungry" tee shirt. And while your munching through your third bag of Huevos Rancheros you can listen to your Major League Eaters:Vol 1 CD. This stuff eats me up, really.

They're not only guys with great guts, their big hearted too .Nathan’s Famous donated 100,000 of its signature world famous beef hot dogs to a hunger relief charity during the proceedings of the company’s annual Fourth of July International Hot Dog Eating Contest in Coney Island, NY. "Our research indicates that 3.3 million New Yorkers are having difficulty affording food," said Patrick Mooney, Director of Philanthropy at the Food Bank For New York City, accepting the hot dogs on behalf of NY's hungry . "In these very difficult times, we are especially pleased to accept this donation, which will assist us in our ongoing fight against hunger in New York City."

What's wrong with a muesli bar?

I'll leave the last word to MLE: "Pepto-Bismol and Major League Eating announced that Pepto-Bismol will be the first-ever stomach remedy sponsor of the annual Nathan's Famous Fourth of July Hot Dog Eating Contest."  Clearly a match made in Hell's Kitchen.
Email Post