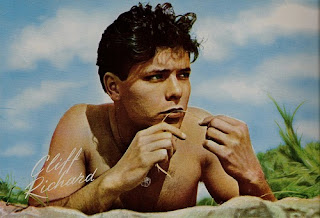 59: 59  and Sue Barker  is breathless. The first week of Wimbledon and already records are broken. How can any sane person spend over 8 hrs hitting a ball over a net, but that's what France's Nicolas Mahut and John Isner from the US have had been doing.  It makes the agony English football supporters have had to endure seem like ecstasy.

This sums up the English plight. We create games which inflict excruciating pain on the participants but we never ( or extremely rarely) get to enjoy the spectacle.

Today England a country, when I last counted, holding some 56 million people, with a gdp of some $3trillion, not very convincingly beat Slovenia, with a population of 2 million and a gdp of $55billion. By rights we should have slaughtered them. But no, we won 1-0.

I'm afraid I left the game at half time and went to the allotment to water my cucumbers. I expected to hear the neighbourhood ring out as goal after goal slammed into the Slovenian net in the second half. Nothing; and since the end of the match no cheering crowds, no blearing car horns. 'cause we know it wasn't that good.

We're great at self mutilation. I remember how I felt after we'd been beaten by West Germany in the 1970 World Cup . As I recall we were 2-0 up but lost in extra time. Sutton High Road was desolation row. The flat I was sharing with some mates from Brighton couldn't hold my disappointment. All I could do was walk the streets. Mind you a few weeks later I met this American girl and....cuts heal early when you're young and fixed on the main chance.

So there's an obscenely young Chancellor Osborne, who wasn't born when I was bereft in Sutton, telling me and millions of other sufferers that it's time to drag on the hair shirt, cancel the gym membership and start feeling the pain.

No he's absolutely right. We've all been on a binge for the last 13 years. High on the hog and no mistake. Forget drinks at No 10 with Oasis and the Spice Girls, or Gordon Brown's "Prudence for a Purpose" (how naff was that!). The abolition of Boom and Bust my arse. Apparently we just delayed the bust, by borrowing and borrowing and borrowing... until the adults took our credit cards away.

I don't know about you but if someone told me to reduce my spending by 25%; I'd tell them to take a running jump. That's what George Porgy is telling most Government departments to do.

It all very well being told that our bureaucracy is over blown, that layers of extra management in the public sector are dragging us down and what we need to do is to cut back on a public sector that is draining funds from the innovative, entrepreneurial private sector.

But we've grown used to wealth being created through the growth in the public sector. In the health services, local government and regional development agencies not only are pubic sector jobs created directly, but businesses, services, the shop in the local High Street has got used to their livelihood being supported through providing services to the public sector.

And if the funds are drastically reduced. Not only will those directly employed feel the pinch (already a 2 years' pay freeze), but the guy who cleaned the town hall windows or the company that ran the outsourced courses is going to find that if he wants to survive he'll have to look elsewhere for business. But in that "elsewhere", hundreds, thousands of other companies will be doing the same.

We're told that reining back on the public sector will free up the private sector. All I can say is let's hope our businesses can raise their game and create new jobs, new businesses and new opportunities. If it's anything like England's performance we're in for a rough passage with no guarantee that we won't be dumped in the next round.
Email Post