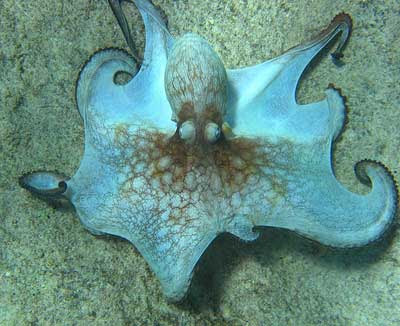 The first time I had an avocado, I tried to eat as a sweet fruit. A simple mistake for a 20 year old student in his digs in Willesden. I can remember sitting at the flat's kitchen table around 11 pm and in one of the bedrooms the radio was tuned into Caroline (or one of the pirates). I'm certain the DJ was Johnny Walker and he was playing the Herd's "From the Underworld".

There was me and an avee;  I cut it open, sprinkled sugar on it and tried to eat it. The Herd were drowned out by the guffaws from my flat mates - one of whom was relatively sophisticated having been on numerous exotic family holidays on the continent.

Up to that point, I been to Thonon-Les-Bains on a school trip at the age of 12. Flown across the channel in a Dakota, running a commercial service from  Lydd to Beauvais  (and thence, by coach, to Paris) to see my girl friend who was there on a school holiday. Since I had no idea where she was staying, my chances of finding her were zilch. I realised when I got back that this amazing show of love and devotion would have to remain hidden as she'd think that I was a total plonker. I had also been to Brussels, going up the Atomium on probably the wettest, windiest and coldest Spring Bank holiday in history. Wet it most certainly was, allowing us to fully experience a night completely sodden as our camping site was flooded out. My views of the Belgiums, I'm afraid, have been formed by that chilly experience.

The incident with the avocado was my first contact with "foreign" foods bought in the UK. The nearest my family had got to anything like continental cuisine was a tin of Hienz's spaghetti in a rich tomato sauce. My mother regularly consumed garlic but it was purely medical. She had rheumatoid arthritis, and had been told that garlic was a palliative. She had also had all her teeth removed at the age of 21 and her bum injected with gold - both treatments seen as essential to her well being. Such was medical knowledge in the 1950's. We did have olive oil; bought from Boots the Chemists to be poured warmed into my ears to soften the wax.

It never occurred to me how strange was this lack of contact with exotic foods. My grandfather was Greek and my father and his mother ran a catering business. I suppose it was simply that in the early '50's most people just didn't have access to such foods. No wonder Elizabeth David caused such a storm with her "Mediterranean Cooking" and "French Country Cooking" in 1950 and 51. But for my family, anything "foreign" was just that and untrustworthy - after all my parents had  spent 5 years fighting the blighters.

Another, unfortunate, incident with the exotics took place a few years after the avocado faux pas. I was sharing digs in Belsize Park and working in Islington, North London in Upper Holloway. Near the tube station there was a Greek Cypriot fish monger and on my way from work I had the notion that octopus stew would be pretty natty.

I got back to the flat a few hours earlier than my flat mate. I took the octopus out of the plastic bag and realised that I had no idea what to do with it. It looked pretty intimidating, with large eyes and a formidable beak it seemed to challenge me to dare to  put it in a pot. My courage failed. I put it in the sink, covered it with water and left it, went into my bedroom and promptly forgot about it.

A loud shriek and my flat mate, in his market researcher's suit and tie, standing trembling in my doorway brought the mollusc back to mind. The poor man had arrived home, gone in the kitchen to fill the kettle to be greeted by the eight limbed monster from the deep floating in the sink. By way of contrition I offered to make octopus stew and rice. Why I don't know; I remained totally clueless when it came to this dish. However, my mate had a recipe cut out from the Sunday Times supplement and handed it to me.

The next few hours were not pretty. I had some considerable difficulty looking at the beak let alone removing it and the ink sac's contents, which the recipe claimed was an essential part of the dish, smelt. The poor beast ended up roughly chopped, sauted none too gently with onions and garlic and smothered with chopped tinned tomatoes. A lid was placed on a very large saucepan and left to simmer: out of sight and out of mind.

Except after about an hour the flat filled with the most disgusting pong. A cross between a pub urinal and a sweet factory. I'm afraid, the noble sea beast ended up ignobly flushed down the loo. Since then I've never been able to face any octopus dish. One look and my nostrils fill with the stink of that flat in Belsize Park all those years ago.

Which brings me to a food related story I read today. Italy alarmed by Blue Mozzarella: Italy's favourite cheese has taken on a blue hue- at least 70,000 balls of the stuff have. Exposing the little balls to the air causes them to take on a bluish tint. How wonderful - a whole vista of new colourful Italian dishes open up. Just so long as octopus doesn't feature.
Email Post

Selina Kingston said…
Oh how funny! That has made me laugh so much. It was very brave of you to even attempt to cook octopus. I never have but I must admit, I do enjoy eating it.

We had indian neighbours when I was little and they often invited us round and treated us to the most gorgeous food. I think it's where my love of indian food came from but it meant my mother would add garlic, ginger and chillies to everything to make her cooking more "exotic" !!
20 June 2010 at 17:22

Marginalia said…
It didn't seem so at the time. My flat mate shouldn't have been surprised. For a supper party, I served up Cod fillets with peas and mash, followed by undisguised Angel Delight.

David J said…
This brought back fond memories for me (I didn't go abroad until I was 19, and even then beat my older brother and mother to it).

I recall my older brother having dinner at a friend's around 1972 and coming back with tales of eating strange 'green leaves' separating cooked mince - he'd had his first lasagne.

To this day, my father has never eaten rice or pasta, or Chinese or Indian food. My mother was introduced to Chinese food last year (aged 82) and to her great surprise, found it rather nice.
21 June 2010 at 22:38

Marginalia said…
David, in the 70's my parents spent the winters in Benidorm in a full board hotel. Their rationale was that it was like England but warmer and cheaper. Fried eggs , bacon, mushrooms and toast was the traditional Spanish breakfast; with milky tea.
22 June 2010 at 11:09