I Predict a Riot 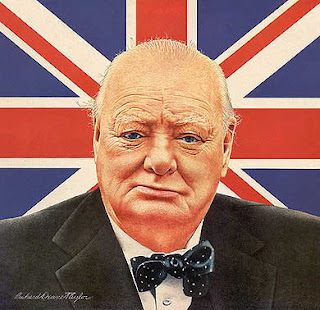 Good grief! What have we done to deserve this? National shame, humiliation and surrender. England's non appearance at the match last night was shocking. I'm no football expert, I can't claim to be a football fan, but even I knew that what we watched last night was not "the beautiful game". It wasn't a game: for that you need two teams.

If Capello confesses that he doesn't know what happened what chance have others in diagnosing the  sickness that appears to have struck down "our boys".

Some have suggested the weight of expectation of the English fans has chilled the souls and leadened the legs of Gerrard, Lampard and Rooney. Others, now say Capello has it all wrong. How can you build a team if no one knows who'll be playing until 2 hours before the game?

Unkindly, it has been suggested that the reason why the individual players appear to do so well in the domestic league is because they're supported by great foreign players. A team of English players are just not that good.

It's as if the "Little Englander"'s last refuge is the Premier League with its supporters' myopic belief that it's the best league in the world and its clubs are the most successful and best supported. The obvious question is; if so why does the national team fail so unerringly?

Of course, my despondency and lack of faith could be completely misplaced. As we've been told time and time again, in 1990, the last time we got anywhere near to winning the World Cup, we started with two draws and had to win the third game to get to the knock out stage.

And maybe, just maybe, it is a little unfair that we should invest in our national football team the wherewithal to rejuvenate our national sense of self belief and well-being. Anyone who was there in  1966 will remember the impact of that win against West Germany. It's as if somehow England's victory on the world stage did and would show to others and ourselves what we have lost - a sense of identity.

After the Emergency Budget on Tuesday, we'll need something to lift the spirits. May our endeavour at Rorke's Drift inspire our boys and we can begin to believe in ourselves.