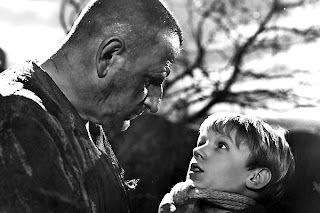 Unfulfilled expectations: a recipe for an unhappy life. Some might say that adjusting one's expectations is the sign of maturity. Others that it's handing in the towel. All I know is that it is extremely hard to get the balance right. Living a life based on avoiding disappointment would be tedious and unsatisfying. Always expecting the best can make life a labour, but without sometimes wanting the moon leaves you always in the gutter.

So it was a great disappointment when a mate and I went to a "Low" gig a few years back. We'd both been knocked out by their "Great Destroyer" LP and when we learnt that they had one gig in London we booked straight away.

You have to understand what a labour of love, gigging is for a person of my age. For much of my adult life; concert going has meant, large air conditioned auditoriums,  pre-ordered drinks and large, leggy seats. I expect a lot for the budget deficit sized ticket prices we pay these days.

So arriving at KoKo in Camden Town, being herded like a pre-teen on a school trip and having my ticket ripped in half by someone I swear I saw hanging from the meat rack at my local butchers, made me realise how much I wanted to see "Low".

It was a very hot evening outside. It was knee tremblingly humid inside. The sound system  extruded huge bass notes which tumbled onto the floor and pulsated, shaking every corpuscle in your body. A fiendish red glow illuminated the stage and skinny young people massed all around; texting, phoning and chatting - sometimes all at the same time. We'd entered the lair of the superbrats and we were completely out of our depth.

The only solution was to head for the bar. Being relatively short I could work my way to the front of the bar and then suddenly leap up money in hand shouting "2 pints of lager - thanks mate". Receiving the amber nectar in distressingly flimsy plastic glasses I'd try to get away from the crush without spilling any of the beer. Were I taller, that would have involved carrying the beer at arms length above my head - but my diminutive stature didn't allow this so I'd turn around and move backwards thereby protecting the drink.

A"Sorry mate", saw half my beer hit the floor to join, god knows what, other liquids there and as I was bemoaning my loss the place fell silent for an instant before a thrill of anticipation built up as the red curtains parted and "Low" appeared, with stage hands and others still tuning up their instruments and finding a appropriate hole in which to stick a jack plug or two.

The first number was unfamiliar, but as this was the first UK tour following the release of the "Great Destroyer" album we confidently expected to hear something recognisable in a while. Worryingly the second, third and forth numbers were similarly unknown to us; and the style was very different to what we had come to expect.

Frankly, to our ears the music was frightful and after expectantly hanging about a while longer, we left. It was a huge disappointment.


As we headed towards Camden Town tube, I looked again at the torn tickets. The gig was one of NME's vintage concerts - "Low" playing the whole of their breakthrough LP "Things We Lost in the Fire."  Shite!
Email Post
Labels: Camden Town Low NME

Evil Twin's Wife said…
Sorry it was disappointing. Concerts aren't cheap these days, no matter what the venue.
29 June 2010 at 13:40

Anonymous said…
Sounds like a place we have here in Philly called the TLA (Theatre of the Living Arts) don't let the name fool you. Yikes - I'd stick with the a/c indoor venues with the big comfy seats
1 July 2010 at 13:58

Marginalia said…
Dear ETW - thanks for your sympathy. Frankly I prefer bad experiences: they make much better stories.