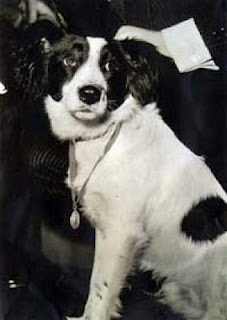 The latest  older man to have his legs scythed from under him is Lord Triesman - ex Labour Minister and Chairman of the FA. As the  66 year old chairman of England 2018 World Cup was schmoozing with  Sepp Blatter and David Beckham, a certain 37 year old Melissa Jacobs was preparing a hatchet job on the amorous academic.

We get the usual, "in the public interest" prose from the Mail, whilst at the same time telling us that his Lordship and Melissa were intimate for a 6 month period, until Ms Jacobs broke it off because she became concerned about being involved with a married man.

I don't have much sympathy for Triesman; although I suspect that if a woman considerable younger than me showed me some interest I would be flattered. He's married, he should have been aware that any indiscretion could leave him exposed, and his wife and family put through hell. As a "friend" of Blair and Brown he'd be on the Tory Press's hit list.

It's not what he said about the Russians and the Spanish, although it wasn't the most discreet of utterances. It was that an man in his position should have had so little judgement. You don't go blathering your mouth off to someone with whom you're infatuated and know little about -even if she is a privately educated and bright civil servant.

As to motives. The Mail just wants to sell papers, I suppose, but no doubt has deep seated  fears about the English game and World Cup bid being in the hands of a Labour supporter and academic.Although I can't see how this exposure could help our bid.

I hope it has nothing to do with his being Jewish. In my darker moments I suspect that by dishing the dirt now the Mail might believe that some of it will stick on the Milibands - both Jewish and sons of a leading socialist thinker.

I despair for Miss Jacobs: Not a woman wronged surely? On a mission to expose philandering hubbies or simply seeing an opportunity to make some money?  I think it was the latter; being miked up and keeping old phone texts does suggest some forward planning.


Good for her. We need such forward thinking civil servants to serve our new masters. No doubt she'll do well reporting to Dave what Nick is saying and visa versa.
Email Post

The Sagittarian said…
Sounds vaguely like the Perfumo affair! My husband has a rather quaint saying that the f***g you get, ain't worth the f***g you get! Thats his take on married folks playing away from home full stop. I think I agree with him!
17 May 2010 at 08:05