The Boys are Back in Town 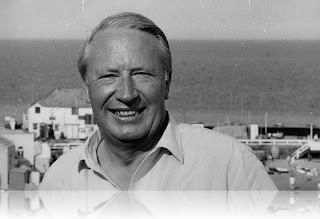 Yeah it's a new way of doing politics. Not a woman in sight  in the Cabinet - I don't count Teresa May (she makes Margaret Thatcher seem desirable). Except for the fairer sex deficit it's a well balanced team. It might be headed up by the young Turks but there's a solid group of crumblies holding Cabinet seats, including Ken Clarke and everyone's favourite golden oldie Vince Cable.

They're also a pretty ugly bunch - but that's my own personal impression - very few men are what I'd call attractive. But don't let physical appearances get in the way: it's all about substance; policy and their unshakeable belief in us Brits being able to pay off our international credit cards without storming the barricades.

Speaking of which, it was with much pleasure that I read that the President of France, Nicolas Sarkozy, has sent a letter of congratulations to David Cameron following his "appointment" as Prime Minister. The niceties of the UK constitution were never a strength of the French.  "Shorty" will be visiting our shores...shortly to celebrate  the seventieth anniversary of the Appeal issued by General de Gaulle on the BBC airwaves, and to pay tribute to the generous welcome the British people gave the Free French. Yet le General was never a great friend when we had European aspirations.

There's a lesson here for the newly married Clegg and Cameron. We can be extremely pally when we face a common enemy  but it doesn't take long for our instinctive prejudices to find expression. However, the desire to hold onto power can be extremely strong, as we have recently witnessed, so maybe love's new dream will last.

Which brings me to the great science news of the week. A supermassive black hole was observed being hurled from its parent galaxy at high speed.

Gordon Brown must know exactly how that feels.