Let the Sun Shine In 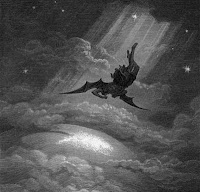 Recently I caught the tail end of a science programme on the radio. The interviewer was talking to a geologist (I think) he could have been a palaeontologist or astro physicist, who was describing the latest results of field work in Greenland and the implications on attempts to resolve the “faint sun paradox”.

This paradox was first formulated in the early 1970’s by Carl Sagan and George Mullen: we have evidence that 4 billion years ago large areas of liquid water existed on Earth; however, we know that 4 billion years ago the sun was only 70 per cent as luminous as it is now. If the sun was that dim, only ice not liquid water would have existed on the Earth’s surface: hence the paradox. More recently with the evidence of free flowing water on Mars in its early history; the paradox has strengthened since Mars is substantially farther away from the sun, and consequently receives less heat than the Earth

Quite a few questions go begging. We have evidence that …etc. What evidence? This is where the rocks of Greenland come in. It is home to some of the Earth's oldest rocks, which date back nearly four billion. Samples of these rocks contain rounded "pebbles" that appear to be sedimentary—laid down in a liquid-water environment. Rocks as old as 3.2 billion years exhibit mud cracks, ripple marks, and microfossil algae. Strongly indicating that early Earth must have had an abundant supply of liquid water in the form of lakes or oceans.

How do we know that the sun was less luminous 4 billion years ago? Our model of how stars form, how they generate light and heat through nuclear fusion, how they evolve appears to be pretty successful in predicting the observed behaviour of stars , including our own sun. Once the fusion process begins, the star doesn’t light up to full luminosity immediately – it takes time.

So there’s the paradox. What’s the solution, is there one?

If you wanted to be radical you could suggest that the geological evidence, or our interpretation of it, is wrong. The rocks aren’t that old, or what we take to be evidence of sedimentary disposition, and therefore evidence of flowing water, is something different. Or we’ve got our seller evolution model wrong; and with it our nuclear fusion model etc, etc.

However, be warned. If you suggest either of those possibilities you’ll be asked to provide alternative models to explain much of the natural world that is explained by theories, research, and reasoning that underpin our estimates of the age of the Earth, quantum mechanics and thermodynamics.

Since the 1970’s scientists have come up with a number of theories – one of the strongest candidates preys in aid greenhouse gases. It’s suggested that during the period we’re concerned with the levels of green house gases were significantly higher than today. For this to work the gas carbon dioxide would need to have made up 30 percent of the earth’s atmosphere; that compares with 3/1000th percent now.
Ignore for the present how this level of gas came about; how can we get anywhere near finding out what were the CO2 levels billions of years ago?

This is what the interview on the radio programme was about. Recent research on Greenland rocks examined the composition of features called banded iron formations (BIFs) that formed in abundance when the Earth was young, but not since. These BIFs contain certain iron-rich minerals that give clues as to the atmospheric environment in which they formed. Analysis of these minerals suggests CO2 levels higher than now but nowhere near the levels required by “Greenhouse Gas” postulate.

An alternative proposed on the programme was a) the land mass of the earth was less than now – more ocean. Ocean absorbs sunlight better than rock – so more heating for less sun. And b) there was less cloud cover to block sunlight from reaching the oceans. Again, lots of questions qgoing begging and considerably more work on the formation of the earth’s crust is required including the formation of BIFs.

But for some they do not have to wait on further empirical evidence and solid theories. For them the Bible eliminates any paradox. Answersingenesis.org cuts the Gordian knot, by setting out what it sees at the multitude of contradictions implicate in scientific explanations. These contradictions point to the statement that the earth is only 6000 years old, as believed by Creationists, is true! Therefore the “faint sun paradox” does not arise; the sun’s not had time to warm up (or put it another way be less warming than it is now).

You don’t have to believe to be impressed by the literature inspired by religion. Anyone reading George Herbert or John Milton would testify to that. So it is with much pleasure that I refer you to The Reluctant Messenger. The writer accepts the geological age of the Earth, but seeks to reconcile it with the account in Genesis. His conclusion is that billion of years passed between Genesis 1:1 and 1:2. He interprets the text not that God created the world in 7 days but how he renewed it after a cosmic war with Lucifer. The Devil froze over the seas and God had to come down personally to unthaw the Earth and replenish the Earth. The writer has the imagination of a Philip Pullman.

It’s a pleasure to have discovered you whoever you are.
Email Post
Labels: BIFs Mars sedimentary stellar evolution

ChickPea said…
And a pleasure to find you too !

A blog with substance to gnaw upon is always a pleasure.

Marginalia said…
Thank you ChickPea. I see you're a follower of Layclerk so obviously a good egg.
16 April 2010 at 08:59