Jenny kissed me when we met 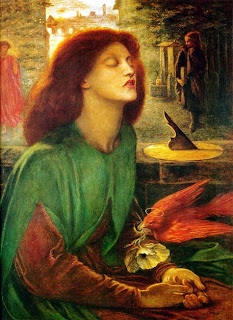 Yesterday we said farewell to a friend. It was a glorious day for a funeral, which took place at the unassumingly named Basingstoke Crematorium. It was built in the 50's or 60's and is incredibly neat and tidy: unremarkable unlike the gawdy, over the top Victorian necropoleis that inhabit our part of East London.


We reached the Crematorium after a relatively uneventful journey: uneventful that is until we were in spitting distance of the place - North Waltham, about 5 miles from Basingstoke. We took the wrong exit off the M3 and spent a delightful half an hour driving along the narrow country lanes that skirted our destination. This is why I build in substantial "getting lost" time into my journey plans. The problem is not the 300 miles from big town A to town B but the last few miles when the sat nav has packed up or darkness has decended and everywhere looks like everywhere else.
On arrival we met up with a couple of old friends and after a comfort break, waited for the funeral cortage, with husband and daughter, to turn into the entrance of the chapel. ( A brief observation about the toilet facilities at cemetries and the like:  why are there so few; when by their very nature crems cater, by and large, for the older generation? Despite the advances in urological research, bladder control/capacity remains a matter of concern to us of advancing years. So, the solemnity of the occasion is somewhat compromised by the sight of a queue of somberly dressed elderly people, shifting uncomfortably outside the one toilet cubicle at the crematorium).
The service/celebration/memorial was pitch perfect. Memories of  Jenny, her achievements, her friendships and her loves filled the small chapel. People nodding or smiling when some incident which they shared with her was recalled. A few poems, personally chosen yet universal, were read and then the final farewell. It was an uplifting, thankful occasion; which owed much to Jenny and her husband and daughter.
Jenny's life was celebrated not only with a fine ceremony but with a joyous wake. A lovely pub in, what appeared to be, the depth of Hampshire countryside was taken over. When we had all gathered in the bar, Jenny's husband welcomed us, encouraging one and all to eat, drink and remember his wife in joy. Very soon the sombre, self conscious mood at the service had vanished. People chatted and laughed over plates of roast beef, salad, salmon and new potatoes; excellent wine and beer, coffee and scrummy cakes. Without any irony someone said that this was the best funeral they'd been to. And so it was.
Husband and daughter  were so convivial. Some might have felt that their laughter was out of place at such an occasion. Not at all. There were few tears; although many of us had no doubt shed a few at earlier times. There was little of death's shadow on that glorious April afternoon; although many of us must have thought of our own mortality and that of those we love and cherish.
For me nothing summed up Jenny and the day more than the poem read by her husband:
Jenny kissed me when we met,
Jumping from the chair she sat in;
Time, you thief, who love to get
Sweets into your list, put that in!
Say I'm weary, say I'm sad,
Say that health and wealth have missed me,
Say I'm growing old, but add,
Jenny kissed me.
Email Post