Walk on the wild side 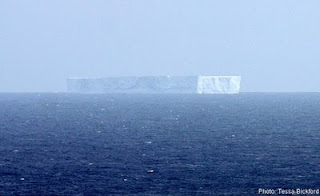 I was intrigued by the headlines “Escort girl drug doctor suspended by GMC" (For the benefit of my American readers and others I should point out that GMC refers to the UK’s General Medical Council and not the auto manufacturer). I was even more intrigued, positively electrified, to discover that the doctor is the brother of George Osborne, the Conservative Party’s Shadow Chancellor.However the story fizzled out into a simple case of someone abusing his position to help a girl friend: nothing serious then.

My God, the media's really got its teeth into the story about the death of a trainer at Sea World. This story has legs and how – except the villian's a whale and they don’t have legs. Sorry they do – as mammals they have vestigial features which would have been legs a few millions of years ago but were traded in for paddles when they took to skinny dipping.

What is a 20 foot, 6 ton, meat eating, intelligent, social creature doing in a swimming pool? No matter how big and no matter how many toys it has to play with; it shouldn’t be there. It should be in the deep blue ocean terrorising its cousin, the dolphin, and snacking on cuttlefish and herring.

I’m sure the trainer had the deepest respect and love for what is a fabulous animal and I am willing to believe that such a creature is capable of returning and showing similar affection and feelings. I’m certain the thousands of people who have seen this mammal perform at Sea World have been in awe of its skill, beauty and sheer magnificance. I know that I would be.

There’s something quite magical about these huge animals. The mixture of intelligence and savagery, nurturing and violence is compelling. I recall a shot in one of the David Attenborough’s nature films of killer whale playing with and killing a seal. (I was told never to play with my food- clearly this Orcinus hadn’t heard that). It was a stunning display of speed and ferocity. It’s beautifully crafted for its environment - the seas. And that’s where it should be seen: not in a watery cage in a pampered town in a southern state of the USA.

The recent discovery of the fossilised remains of a giant predatory shark brought to mind the admiration I have for all those brave souls who go down to the sea in boats. Don’t get me wrong I love the sea (side) but I get nervous at the thought of floating on a piece of wood or metal with some 3000 feet of water below me – and god knows what monsters are lurking there to snap me up as a starter.

Friends of ours have just been to Easter Island and Tahiti. Stunning places both – except that they are the tips of massive volcanos which rise from the abyss. To my mind not the most secure of  places to be. But then even in rock solid dear old Blighty we’re bobbing up and down on a bed of not so permanent foundations.

Come to think of it – we’re on this piece of rock whirling round a continually exploding hydrogen bomb, narrowly missing being obliterated by mountains of primordial pumice hurtling across our orbit. And who knows when the next supernova going to put on a show. Bathing us all in a massive dose of cosmic rays which will knock our genes sideways and send us down an unlooked for evolutionary avenue.

And just when my insecurity can't get any more insecure, I read that an iceburg the size of Luxemberg - that's not big surely? - will mean colder winters in the North Atlantic.  James Follett's 1970's novel "Ice" being acted out in real time.