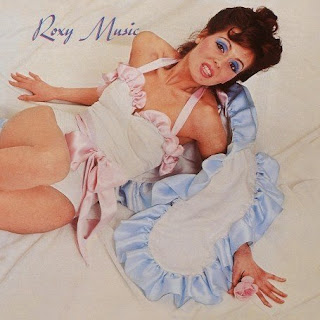 All hail the majesty that is the www.

Recently I came across the blog of John Tierney, a science writer on the New York Times (TierneyLab). For those of you with a quizzical bent I can recommend his Monday Puzzles as well as his marvellous articles on everything and everywhere. However, why I am so excited is because of his blogroll, a veritable cornucopia of delights, insights and sheer fun.

Earlier today I clicked on a link to an intriguingly titled blog “Inky Science”.A link on the title page took me to “Sheep Poo Paper: Saves Trees, Fertilizes Crops, Revives Dying Epistolary Art” and an article about the benefits of paper made from sheep’s shit. This unique writing material is made by a company in Wales called “Creative Paper Wales”. And as well as a sheep doo, doo air freshener (don’t ask me how) they offer a seasonal line “Reindeer Poo Paper”.

Apparently sheep aren’t that good at digesting the cellulose in their food and that’s used to make the paper. The rest of the dropping’s contents are made into an excellent fertiliser.

Do you often think the internet is fab, but it plays havoc with your concentration? Could you, in pre-web days, devour a book in one sitting but now find that an article longer than a page is just too taxing? It’s as if your knowledge and the depth of experience gained is pancake thin (continuing the poo motif). If you have been (thinking that is), then you’ll be pleased to learn that you’re not alone (with a Strand). Loads of clever, thinking bods have been churning over this question.

Go to “Edge” and take a gander at their Annual Question – 2010….which is “HOW IS THE INTERNET CHANGING THE WAY YOU THINK?”. Frankly that’s far too difficult a question for me to start to begin thinking about. I’ll just click on to my Facebook page and get a quick fix. However, so far “167 essayists (an array of world-class scientists, artists, and creative thinkers) have created a 130,000 entries.”: except the link taking one to those pearls wasn’t working for me earlier.

Mind you in my case it would be as casting pearls before swine. (That’s a thought what about pig poo?). When I last looked Richard Dawkins was there along with Eno (I always thought he was out of his depth in Roxy Music), and no doubt Stephen Fry – where isn’t he. Although I see from his blog that he’s taken a vow of silence and will not be blogging or tweeting, for a while, at least until his next book manuscript is on his publisher’s desk. I know such a shame, but life goes on.

Returning to John Tierney’s bloglog an honourable mention goes to PZ Myers’ blog “Pharyngula” (I had to look it up: Pharyngula" - a particular stage in the development of the vertebrate embryo). PZ Myers is a biologist and a vehement, I’d almost say evangelising, atheist. The Blogsphere is full of such people. Most appear to be American; no doubt reacting against the myriad of Creationists, Fundamentalists and other colours of the religious right that inhabit the web.

His blogs are full on and any non/muddled thinking is game for his humour. I’d recommend his take on the so called “God Equation”. It would appear that scientists in the UK (gulp!) have discovered robust evidence that the creation of the earth and moon was a deliberate act. The researchers found that the earth, moon, and beyond were engineered according to a specific equation (the so called “God Equation”). Now read on, while I tackle the American Council on Science and Health.
Email Post
Labels: Fundamentalists New York Times Roxy Music sheep