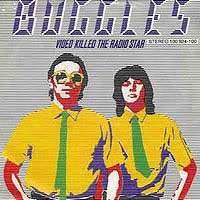 A mate texted me earlier this week wanting my home address; he’d installed Windows 7 and somehow my address had disappeared. So I sent him a business card from my new smart phone. The next thing I know he’s on the phone telling me not to send multi media texts – his phone can’t handle them. I said my phone sent such texts automatically, he said I could switch off that function. So while I was talking to him I fiddled with my smart phone and sure enough I could.

I asked how he lost my address. He said that installing Windows 7 wiped his hard drive clean – it wrote all over it. I said I thought that Microsoft was bad but not that mad. He said it does if you installed Windows 7 over XP. I left it at that, and sent him my address after first unchecking the auto format for texting. Except that when I sent him a business card it automatically flipped into “multimedia” mode. In all I sent him 3 texts. He hasn’t replied; probably trying to figure out how to operate Windows 7.

In October I bought a Sony Ericsson “Satio” smart phone from Orange. I had been on PAYG but switched to a monthly contract tariff. I also carried my PAYG number over. That’s when the trouble started. First, I found that I was being charged for “OrangeMaps” as if I were a PAYG customer when it’s part of the monthly package. Then after signing up for push e-mail, which was fab, it stopped after a week; about the same time I went on line to upgrade the phone’s software. Also a minor but hugely annoying thing was happening. My on line mobile phone account which I access from my PC is monthly, but when I access it from my phone it’s still PAYG. After 3 (unhelpful) calls to the Orange help desk, I wrote an e-mail detailing the problems. Last Sunday my mobile rang; it was Orange’s technical help. I spoke to a very nice man. One and a half hours later we still couldn’t get the push e-mail working again and he said he’d tell the tech people about the discrepancies in my accounts and he assured me that if I signed up to ”OrangeMaps” again I won’t be charged.

I’ve managed to access my VirginMedia e-mail account from my phone – it’s not push mail but it’s better than nothing.

Earlier this week I tried to defrag my “C” drive. I was told that since I had less than 15% (14%) of free space on my hard drive it couldn’t defrag. The nice people at Sony had partitioned my computer drive into two a “C” and “D”. Now although I thought of the “D” drive as a back up it was much bigger than the “C” drive. So I thought couldn’t I move some of my “D” drive to my “C” drive; but how? As if by magic I received an e-mail extolling the virtues of a piece of software which would make re-partitioning a walk in the park. After a quick search on the internet I decided it was pukka, and bought and down loaded it. I now have a “C” drive twice as large as previously and my PC life has changed. Everything is so much smoother!

Today I ran my “Privacy Guardian” software. “Alert” it screamed “Subscription expired!” So I renewed it. I also have another piece of software from the same people it’s called “Registry Mechanic”. It appeared to have expired but it still worked fine. I thought the subscription renewal has come around very quickly so I looked up my credit card account on line and sure enough I’d renewed both subscriptions in November. Quickly I went to the company’s support page and rattled off an e-mail explaining what had happened.

Within hours I got a reply; yes I did auto renew in November but they didn’t have the old subscription renewal code for “Registry Mechanic”, could I supply it. I went to open the aforementioned piece of software to no effect. Zilch. I opened the folder and prodded a few icons but the only one that responded would have uninstalled the blasted thing.

Another e-mail and can I have a refund – please?

Honestly it’s not just me; it’s all getting far too complicated, too distant, too many stages away and you feel you have no control. It now happens remotely, and you’re out of the loop.

Oh well, I better get on and install Windows 7 over XP. I know what I’m doing!
Email Post

George Spataru said…
Interesting posts you have here ... I can see that you put a lot of hard work on your blog. I'd visit you more often.
George
from Romania
my blog: cellular phone
19 December 2009 at 14:06