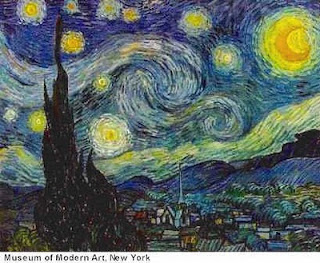 On June 17th 1876 Vincent Van Gogh wrote to his brother Theo telling him that he was walking from Ramsgate, where he was teaching at a small private school, to London. The first night found him at Canterbury and by lunch time of the following day he’d reached Chatham. And the next day saw him in London! Mind you he would begin walking each day at 3 am. When he was in London he would think nothing of crossing the town on foot two or three times a day to visit friends and clients. (Google Maps give the distance from Ramsgate to the metropolis as 85 miles travelling by the non motorway roads).

In “The Pickwick Papers” we learn that after a substantial lunch and before a similarly replete supper the Pickwickians walked off the meal with a 20 mile round trip.

Will Hay, the hugely popular film comic of the 1930’s, walked from Manchester, his home, to Liverpool a distance of 34 miles to get a job in a music hall. He was 19 and his newly married wife 16. They also walked most of the way back because they didn’t have the fare for the whole trip.

My mother as a child lived near Banbury, in Oxfordshire. She would regularly walk 4 – 5 miles to school.

So much walking! And they were all leading somewhere (except the circular route of the Pickwickians).

Van Gogh ended up shooting himself “for the good of all”. Did he never know how good he was? His journeying took him from religiosity, through fields of yellow and torment to despair? He was a long way from that young artist who wanted to give happiness by creating beauty.

Will Hay walked onto the vaudeville stage, into the movies and through the portals of the Royal Astronomical Society. He bridged the void to Saturn, discovering a 22,000 mile diameter spot on the planet. He died of a stroke on Easter Monday in 1949 at his home in Chelsea. A long way from Manchester.

My mother moved from Banbury to Devizes, where she met and married my father in 1938. Much of her adult life was spent in Hove, Sussex, but she died on holiday in Benidorm. A long way from Banbury.

Hearing the news about the execution of Akmal Shaikh, and seeing film of the snow driven desolation where his killing took place made me think,” My God, what a journey you’ve been on.” From North London to Poland, onto Kyrgyzstan, Tajikistan and finally to Urumqi. And there it ended, alone.
Email Post