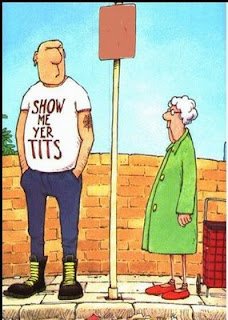 Chingford Avenue residents are up in arms about the proposal to site 6 new bus stops in the road. I assume that’s 3 one side of the road and 3 the other. The article in the local paper and the comments by the residents on the proposal has created a storm of interest (43 comments at the last count).

What is striking is that the positioning of these bus stops has raised not only parking concerns but also the gamut of worries that we have in Waltham Forest (and I assume other places). For some people the buses should never have been allowed to go down the road in the first place – it’s a residential street (???) For others it’s the bus stops themselves which are the problem, providing gathering places for hoodies and their ilk. The level of traffic in the road is a concern for many of the correspondents. Yet, it’s not clear why this is a problem in the first place.

Apparently the existing “Hail and Ride” arrangement isn’t working too well. People hail buses but they don’t stop – at least this is the experience of the older residents. According to the people who did the research elderly residents see fixed bus stops as essential, which isn’t surprising.

There are currently six stops serving Chingford Avenue (that’s according to the Transport for London journey planner). I assume the “Hail and Ride” operates between these permanent stops. An extra six stops (three in each direction) does seem rather excessive. To précis one of the correspondents – new, stronger glasses for the bus drivers might be a better solution. Although I suppose if the bus is bombing along the Avenue and cars are parked bumper to bumper it might be difficult for someone with limited agility to jump out and attract the drivers’ attention in time.

One solution might be sleeping policemen along the whole length of the street. That would slow down not just the buses but all the traffic and give the residents something else on which to focus their frustration. Or each elderly resident could be issued with a phosphorus torch which they could fire in good time to ensure the bus stopped to pick them up. It could also be used as a weapon to scare off hoodies who continue to congregate at the non-existent bus stops.

Another solution, not just to this problem but, to overextended comments on the paper’s website is to ban a couple of the wind up merchants who seem to get a huge kick from being total prats.
Email Post