“This is Major Tom to ground control” 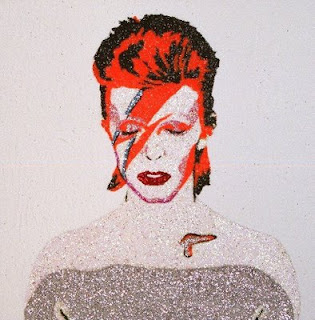 The headline read “Nasa jubilant at urine solution”. Piss is a problem in space (or more accurately in the confined space of the International Space Station (ISS)). Now in space you can drink your own urine or that of a Russian cosmonaut or two. Question: if you pay $30 million dollars to go up to the ISS does that entitle you to take your own bottled water? And of course Heide Stefanyshyn-Piper lost her tool bag during the first spacewalk. I bet if it had been a Pravda tool bag she would have held onto it for dear life. O.K. that’s extremely sexist and uncalled for – Heide is an extremely experienced astronaut having been on a number of missions and previously has made space walks during the assembly of the ISS.

There’s a picture of Heide on the NASA web site. Now please don’t take this the wrong way but on seeing her photograph I immediately thought of Peter Stringfellow, the aging night club owner – it’s Peter’s hairstyle which looks a bit like Heide’s. Peter was in the news the other day as an expert witness giving evidence to Culture, Media and Sport Committee. The subject under enquiry was lap dance clubs. Mr Stringfellow knows a lot about them (and the women who perform the “dance”), and his performance before the Committee was extremely entertaining, although that didn’t include a demonstration of lap dancing, thank goodness.

Such stories are a joy during what appears to be a period of unremitting gloom. I don’t have to tell you things are not that rosy. And we’re being told things will get worse. Today, both MFI and Woolworth have gone into administration. Many will say that the current financial malaise finished what had been a long slow decline of these two companies. I don’t know about MFI, but I visited the Woollies in the High Street about three weeks ago. I didn’t go to shop – you can’t shop in a grave yard. It smelt of decay and despair, yet it was one of the few large outlets at the lower end of the High Street.

And there’s the (forced) merger of HBOS with Lloyds TSB. In the High Street they are next to each other. The merger is likely to lose one branch. If you haven’t noticed the Cheltenham and Gloucester branch went a while back and the Bradford and Bingley may not survive. Curry’s in the Mall is owned by DSGi. Its share price is 14 pence; at its height it was 220 pence, having been hit by price deflation on electronics and the Tesco effect. It might not survive.

So what’s left? Estate agents and mobile phone retailers and fast food outlet. An unremittingly gloomy shop scape. There is a WHS opening up in the Mall, but there is little sign of a retail renaissance attracting the anchor brands that developers must sign up to make any new retail scheme fly. In Walthamstow, the saviours appear to be local ethnic shops. In Hoe Street, two new East European grocery are opening – filling the space left by a driving school and catering suppliers. But they depend on the Eastern European community staying.

In this grim economic climate we all need some relief. Open spaces, greenery, a promise of regrowth and renewal. So why, oh why are we forced to live with the hoarding surrounding the Arcade site – left to decay and costing you and I a fortune to secure. Cannot the Council and St Modwen come up with some scheme which will allow the land to be landscaped, opened up to the Community? Wouldn’t that be seen as a real bonus in a time of retrenchment? Or is our Council so blind, deaf and ignorant?

At least Nasa cleans up its own mess. Unlike our Council which continuously pisses on its own back door.
Email Post