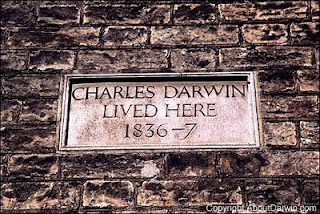 Recently the Rev Professor Michael Reiss, director of education at the Royal Society, suggested that science teachers ought to be willing to talk about creationism if students bring the subject up. This has garnered a flurry of blasts and counter blasts in the press.

I think Professor Reiss’s reasoning is that not to address creationism in school is to allow its views and premises to go unchallenged. His fear is that the “easy” answers offered by creationism will appear attractive to children and deaden their spirit of enquiry and questioning. Teaching it in school would expose it to scrutiny.

I have a science based background and to me evolution was obvious. The trouble is that that “obvious” was as much a matter of faith to me as that of those who believe the Bible to be the undiluted word of God. I’ve read Richard Dawkin’s “The Blind Watchmaker” and it’s convincing – except. Is there enough time from the emergence of life to the highly complex organisms that inhabit the earth, for the process of evolution to develop such complexity.

It’s the question of complexity that the Darwinists and the Creationists fight over. The battle field – to clumsily extend the metaphor – is the inner ear with its apparent constructed organisation. To look at it suggests craftsmanship. The creationists say “How can such a complex, integrated object be the result of random accidents in the underlying DNA.” Put simply how can a blob of protoplasm end up as the inner ear.

The evolutionists would make two points. First, it is wrong to associate complexity with design. Second, survival depends on adaptation and those genes which, accidentally, provide a better survive opportunity will drive development. What we see in the inner ear is not a design but the culmination of a process.

The eye is another complex organ which is cited by the creationist as illustrating “intelligent design.” Let’s look at that. Let’s imagine you have a group of cells, floating around in water. A rogue cell attaches itself to our group. It so happens that because of a genetic glitch (a cosmic ray ruptured its DNA and when it reformed it was slightly changed), this rogue contracts when there’s a variation in light. This contraction means that the group of cells contracts. Now if something approaches our group of cells the level of light it receives is reduced and because it contracts it moves away and is not eaten by that something. While those cells without this special one don’t react and get noshed up. So our modified cells survive and reproduce. And there are billions of them because they are so successful. And each of those billions are being exposed to change, cosmic rays, chemicals, heat, cold etc which can bring about an individual mutation.

What you begin to see is how powerful is mutation and the force of evolution to bring about change. Where we had one different group of cells, we now have billions affected by agents of change. So can this mechanism lead from the simple to the hugely complex? Well, in the absence of any other explanation it is the best play in town.

The other explanation is creationism and intelligent creation. There is a difference. Creationism is fairly blatant. The Bible is the word of God. It states that God created the earth, seas, heavens and all that dwell therein. That’s it – in six days all this was completed. Intelligent creation is a response to scientific evidence. It aims at explaining (or more accurately refuting) the geological, cosmological evidence). So for example, it explains the world wide distribution of fossils as the result of the Biblical Flood.

Dinosaurs existed at the same time as man, and they along with other creatures were drowned and rapidly fossilised as a result of this world wide flood. Fascinatingly, in explaining this world wide flood creationists invoke plate tectonics. They argue that as a result of this mechanism, the world was flooded. A levelling took place where mountains were flattened and the great abysses were lifted up. I understand that creationist say that the world and everything on and in it was created around 6000 years and in that time we have moved from a world completely flooded (to the depth of 3 km, according to their own figures) to what we have now. Since I find that explanation more difficult to accept that evolution.

Another thing: the intelligent creationists seem to accept the existence of DNA. They acknowledge that the structure of DNA presupposes a multitude of combinations but then argue that since these combinations are so many –for them to work out would take longer than the age of the universe claimed by scientists (13 billion years) - DNA mutation can’t be a process for evolution!

But I have a more fundamental criticism. Surely if God created everything there is no need for any mechanism other than his will. So why don’t they simply say all the “evidence” for fossils, big bang, genetics is all wrong. Why try to counter those theories and seek to explain them away. Why have God creating DNA? And if creationists accept the reality of DNA, why can’t they accept that God in his ineffable way went the whole hog and let the blind watchmaker loose.

The wonder is that apparently haphazard, chance driven creation has lead to such wonder, complexity and a sense of the transcendental.
Email Post